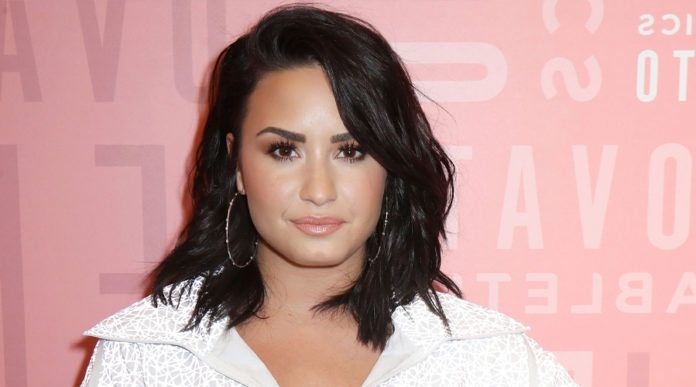 Demi Lovato confesses how Selena Quintanilla changed her life. The artist has shown that she is a faithful follower of the maximum star of ‘texmex’.

Demi Lovato has always said and made public her admiration for Selena Quintanilla , who this Tuesday was the mourning anniversary , the networks shook with thousands of messages and memories of the Texan singer .

Lovato shared with her fans with a lot of love a photo in which she is seen wearing a shirt with the image of the singer of ‘Como la flor’, which at her young age and fast career was consolidated as an icon, one of the interpreters most important of its time, becoming a phenomenon.

Also shared some photos and video of the film of the life of the singer , played by Jennifer Lopez, Demi shared the emotional charge that has this film in her life.

One of the scenes that has touched her heart the most is when in the film Selena Quintanilla eats an Italian dish, to which Demi Lovato opened up and commented :

“It’s okay to eat pizza as a pop star, maybe it sounds insignificant, but after struggling for years with an eating disorder, this made such a big impact that I will never forget”

Lovato said that Selena was a very real artist, because she lived her truth every day she was on earth , which is a real boost, since she did not care what people thought of her and that she put a lot of weight on her values such as music and family , by stressing that Quintanilla has helped break down barriers.

Everything you need to know about the penultimate season

Shameless: see the trailer for the last season of the series

Meghan Markle and Harry leave a big bill for Canadians!

Nabilla in Ukraine to do cosmetic surgery?