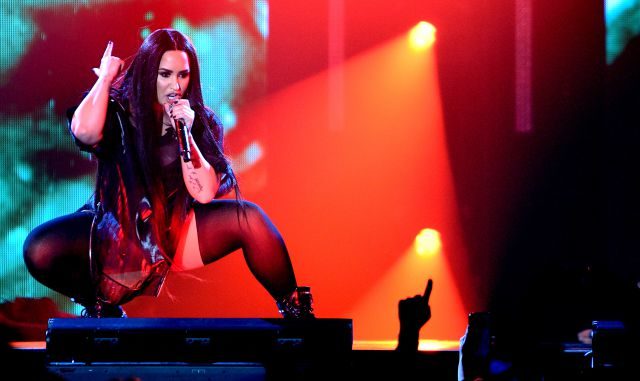 Since Demi Lovato went through the trance of an overdose, all his efforts since then have been focused on recovering and becoming the same artist as always willing to share his talent.

One of the first decisions he made to face this new stage was to sign Scooter Braun as manager. That man must be very accustomed to dealing with successful singers who deal with their own ghosts. Remember that he is also the manager of Justin Bieber.

The fact is that, since he announced that he had signed a contract with him, he has been dropping that he was preparing something new, but without giving details. And when it seemed that they were more words than facts, he goes and throws a mysterious message on social networks that makes us think that his return to music is closer than we could think.

The next time you hear from me, I’ll be singing….

After going through rehabilitation he returned to working life at the hands of Will and Grace, the mythical series in which he seems to feel very comfortable. It was the one that made her joke about a possible pregnancy.

He has shared a post completely in black where the main thing has been the message that accompanies it: “The next time you hear me, I will be singing.” So, without more. And it has left us with a lot of doubts.

Will you be singing in a new song that will advance us a new album? Will we see it appear in a Christmas show? Will you be participating in any new collaboration?

With what little you have said, anything is possible. What is clear is that there is a desire to return to music. The resounding “yes” of Millie Bobby Brown is a good example of that demand to be heard again. Her boyfriend Austin Wilson has been unable to share a few hearts, just like model Ashley Graham.