Home Home Page Delighting prediction about the value of Bitcoin! A new forecast has come to delight investors about the value of Bitcoin, which is the largest cryptocurrency.

There is a new development every day in crypto assets, which are seen as the money of the future. Especially in the last period, while a fluctuating graph has been drawn in the crypto money market, Bitcoin will exceed its investors by reaching an all-time high in the next few months, according to forecasts.

Note: It is not investment advice, it is for informational purposes only.

As it will be remembered, Bitcoin broke the all-time record by reaching the level of $ 65 thousand in April. However, Bitcoin, which entered a downward trend after the statements made by people and institutions that had a direct impact on the crypto money market, such as Elon Musk, worried its investors.

Bitcoin, which later recovered and started to rise slowly, is trading at $ 55,400 at the time of writing this article, according to CoinMarketCap data. In addition, the cryptocurrency has lost 3.6 percent in the last 24-hour time frame.

At this point, a price prediction came from Bloomberg that will delight Bitcoin investors. According to an article published yesterday evening, Bitcoin will go up to $ 80,000 by the end of 2021. In this case, it is said that even 85,000 dollars may be possible.

Let’s also mention that the source that Bloomberg cited for price prediction is the crypto exchange Luno in Singapore and Vijay Ayyar, the head of Asia Pacific. 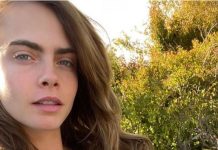 Fans and friends are worried: What’s going on with Cara Delevingne?

Going back to “The Finder’s Fee,” the movie in which we saw Ryan Reynolds…