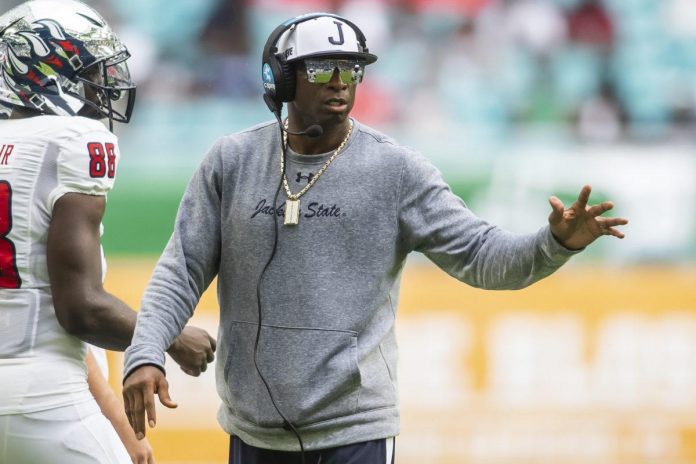 Deion Sanders continues to strengthen at Jackson State, quickly turning the Tigers into one of the best FCS programs in the country in two short years.

Power-5 programs (and even personal income tax, for that matter) should have paid attention to this. CBS Sports’ Barret Sully thinks the SEC might call.

“Georgia Institute of Technology and Auburn are going to participate in the Deion Sanders lottery,” Sully tweeted last night when Auburn lost to Penn State.

Other fans intervened, saying they would like to see Damon on the plains.

Brian Hansen’s spot is one of the hottest in college football right now after being embarrassed by the Nittany Lions at number 22 on Saturday at home.

Sanders has shown he has what it takes to win at any level, whether it’s playing or coaching, but Coach Prime said he was called to Jackson State for a purpose bigger than football.