Home Celebrity It Is Definitive That Captain Marvel Kills The Star Character In The... 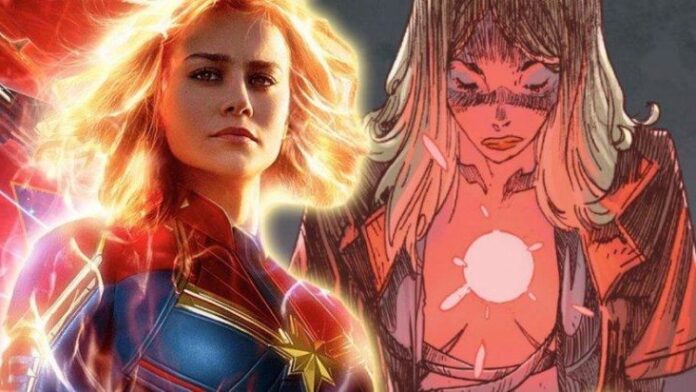 Captain Marvel’s new solo series, one of the most powerful and beloved characters of the Marvel universe, addressed the threat of a new and mysterious character called Star. Star # 4, which recently took its place on the shelves, shows that Captain Marvel killed the Star, which we learned was the new owner of the Reality Stone.

Captain Marvel, which will be one of the most important characters in the fourth stage of the Marvel Cinematic Universe (MCU), continues its adventures in the comic book world while waiting for the audience with the second film.

Marvel Comics announced that it will launch a new spin-off comic book series based on a character named Star at the New York ComicCon event held in October last year. In Captain Marvel # 11 in October 2019, we witnessed the encounter between Carol Danvers, aka Captain Marvel, and Ripley Ryan.

During the fight, Captain Marvel removed the power supply from Star’s body from his chest and stopped the character. Later, we last saw the Star sent to the Submarine prison The Raft with his chest wrapped. Here we also learned that Star is the new owner of the Reality Stone, one of the six Infinity Stones.

The first pages of the Star # 4 comic book by Kelly Thompson point out that Captain Marvel killed the Star in Captain Marvel # 11. In the image that shows the couple fighting in the air, he tells Captain Marvel Star that he should stop or that this fight will be bad for him. Star said, “Is there anything worse than killing me? Because you have already done this. ” Surprised by this statement, Captain Marvel says he did not kill Star.

This proves that Star died when he was taken prisoner and reached The Raft. Most likely, it was the Stone of Reality that brought Star back to life that day. Captain Marvel, who has just learned that his fight with Star has resulted in Ripley’s death, is facing a great shock when he faces this fact. Meanwhile, Star, where we learned that he was able to use the Reality Stone effectively, can become a master at using Infinity Stones when the spin-off series ends.