Sushiswap (SUSHI) and BakerySwap (BAKE), forked from the DeFi platform Uniswap, which has been mentioned frequently in recent days, this time brought the crypto exchanges Binance and OKEx fronts. Making a statement about the listing of Sushsiwap, OKEx CEO targeted the Binance exchange and its manager.

Perhaps the most popular application in the decentralized finance world, Uniswap forku Sushiswap (SUSHI) and BakerySwap (BAKE) projects have been criticized heavily for their involvement in the “food meme” rush, which has turned into an increasingly fiasco, and because their creators remain anonymous. Commenting on Binance’s BAKE and SUSHI listings on his Twitter account, OKEx CEO Jay Hao was uploaded to Binance CEO Changpeng Zhao.

Hao argued that such losses were the result of blind trust in the Binance exchange. Criticizing Binance’s listing of SUSHI right after the BAKE bubble, OKEx CEO condemned Binance for his irresponsible behavior, which damaged the trust of the cryptocurrency community and invited the DeFi sector to decline.

The Fall of SUSHI

Despite criticism and warnings by market experts, Binance exchange, which does not want to miss the market trend, announced that it was listing the Sushswap token SUSHI in the first week of its launch. SUSHI, which doubled its price with the Binance announcement, went through many turbulent processes with the announcement of its anonymous manager Chef Nomi that it sold $ 13 million of SUSHI coins and the subsequent change of management, leaving many victim investors behind. The SUSHI token is currently trading at $ 1.74 on the market, down from an all-time high of $ 11.93 recorded at the beginning of September. 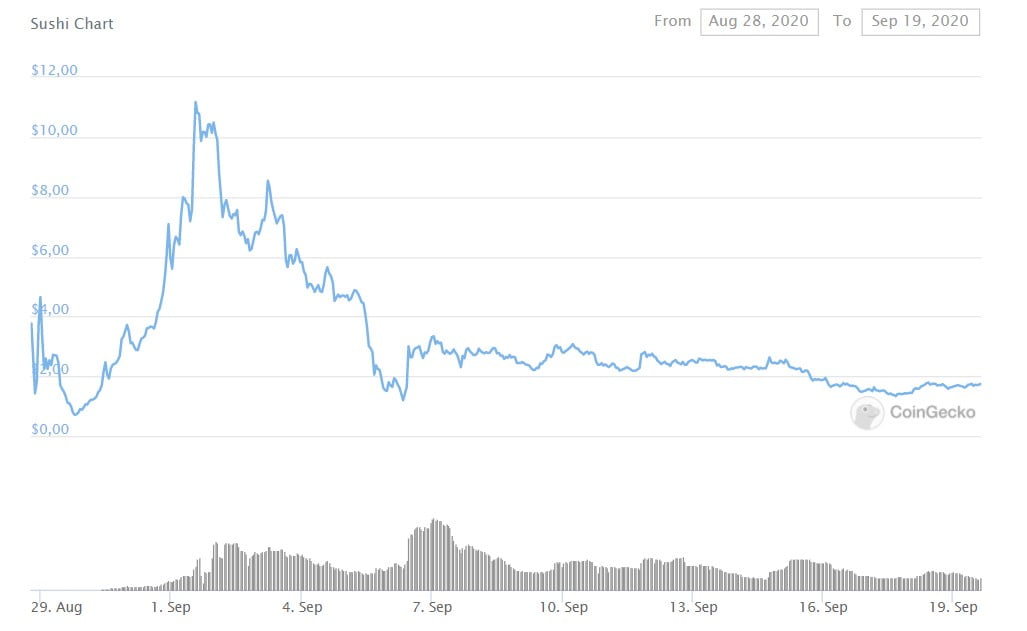 A Tweet by Insomniac Reveals Allegations of Resistance Remastered Edition

Grimes and Elon Musk would change their son’s name due to...

What is TomoChain that Saves 100 Percent in 1 Month?