The decentralized exchange (DEX) distributes its own cryptocurrency 1inch (1INCH) token to 1inch users. Under certain conditions, users who previously operated in 1inch are entitled to 1INCH. 1INCH token has already begun to be listed by major cryptocurrency exchanges such as Binance, Huobi, and Kucoin.

The decentralized exchange (DEX) 1inch, which is getting more and more popular every day, followed the steps of the industry leader Uniswap and gave an airdrop to its users. 1inch DEX users are distributing their own cryptocurrency 1INCH token as a Christmas gift.

According to the statement made by the platform, users who registered before December 24 and meet one of these three conditions will be entitled to receive 1INCH tokens with the 1inch airdrop event:

In addition, the platform also made a liquidity mining announcement. The program, which will start on December 28, will be run in 6 pools and within this scope, 0.5% of the 1INCH token supply will be distributed to liquidity providers for 2 weeks. The 6 liquidity pools in which the program will take place were determined as follows:

It is a decentralized platform that provides liquidity from various exchanges for users of 1inch exchange and has the ability to split a single transaction into multiple DEXs. Because of this feature, the concept of exchange aggregator is also used for 1inch stock exchange. It aims to provide its users with more profitable trading opportunities than they can find on any other stock exchange as soon as possible by supplying liquidity from 1inch different DEXs.

1inch was founded by Sergej Kunz, one of Porsche’s former software engineers, and CTO Anton Bukov, one of the former developers of NEAR Protocol. Earlier this year, the project raised $ 14.8 million in 2 rounds, which included names such as Binance Labs and Pantera among its investors.

What is a 1INCH token, on which exchanges?

With the post published yesterday, the 1inch exchange announced that they are publishing the platform’s own crypto currency, 1INCH. According to the published statement, 1INCH, a governance token, will take the concept of governance in the DeFi world to a new level.

The protocol aims to present the “instant governance” model to the DeFi market with 1INCH token. The 1INCH token is designed on the rapid adoption of changes to the protocol; allows the community to make decisions under the DAO model in a transparent, user-friendly manner.

The market cap for 1INCH token exceeds $ 117 million. The trade volume reaches 175.7 million dollars at the time of writing. The maximum supply for 1INCH is set at 1.5 billion. According to CoinGecko, the current supply in circulation is 48 million 182 thousand 910 1INCH.

It is listed on stock exchanges such as 1INCH Binance, Uniswap, MXC.COM, OKEx and KuCoin, even 24 hours after its publication.

How to get 1INCH coins earned by airdrop?

Click on the horse logo in the upper right corner 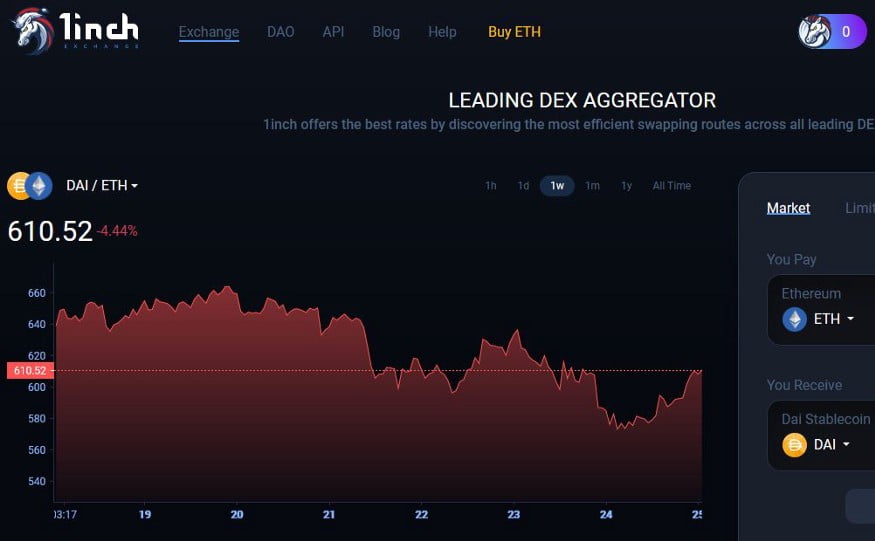 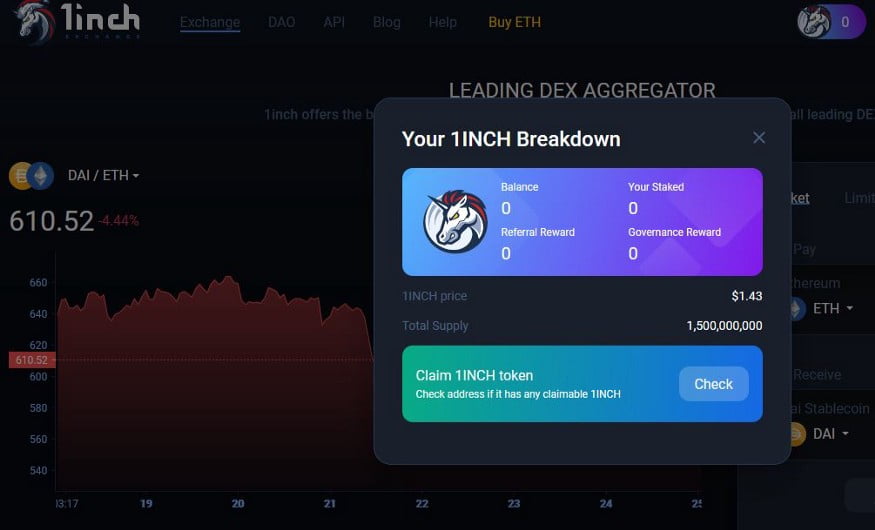