Home Sport Defensive Of The Patriots Took Josh Allen Out Of The Game After... 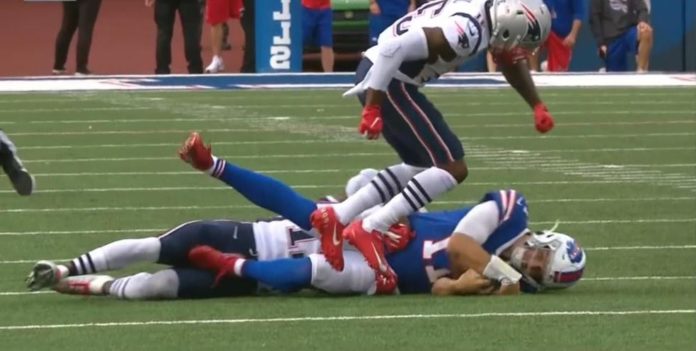 Defensive Of The Patriots Took Josh Allen Out Of The Game After This Tremendous Blow. Very disputed match that the Bills and Patriots are carrying out this Sunday in Buffalo. Jonathan Jones of the Patriots gave Josh Allen a brutal blow to the helmet at the end of the play and Bills’s QB lay on the pitch.

Allen could later leave the field by his own means, but was replaced by Matt Barkley.

It was the first touchdown the Patriots defense had allowed this season and pulled the Bills within 13-10, but that’s as close as they would get.

Frank Gore was the offensive star today, rushing for 109 yards on 17 carries.

Buffalo has now lost 8 straight home games against the Patriots, 16-10 the final Sunday.

Here's the hit on Josh Allen.pic.twitter.com/J9HCYhM9Pp

Photos: meet the girlfriend of US Open leader Collin Morikawa –...