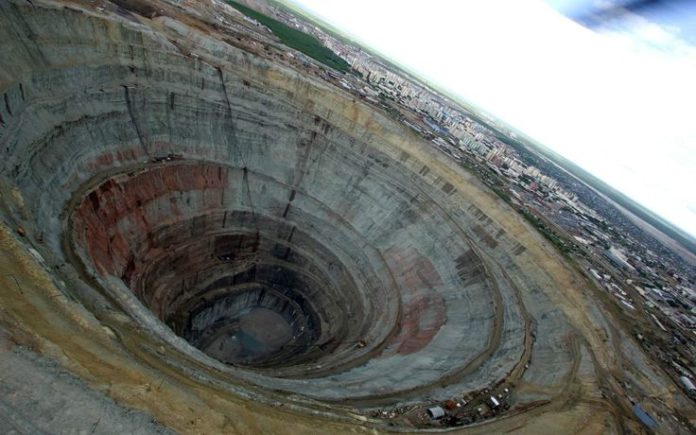 This pit made by human hands was made in Murmansk, Russia. This pit leading to the center of the world has been known as the deepest pit in the world for many years. This hole, known as the Kola Superdeep Pit, is 12,262 kilometers below the surface of the Earth, approximately 7.5 miles deep.

Don’t let such a deep hole scare you because it is impossible to fall into this hole. Yes, it may be one of the deepest pits in the world, but its width is 9 inches in diameter, 23 cm. That’s why there is no such thing as a normal person getting a roe. This pit, built in about 20 years, was made purely for scientific purposes.

During the studies, scientists observed that the rocks became softer as they got deeper. Russian scientists in Kola stated that rocks at these depths are more like plastic than rocks. These soft rocks were a surprising surprise for scientists expecting to encounter a hard rock.

Pit works were stopped in 1992 and the project area was abandoned ten years later. The Kola Superdeep well continued to hold the title of the world’s deepest pit until May 2008, but the 12,289-meter borehole drilled in Al Shaheen oil field in Qatar took this record from Kola’s hands. Today, the 12.345-meter offshore oil well near the Russian island of Sakhalin is the owner of this title.

Positioning is easier with Google maps!

Scientist treating the moon as a legal entity