Home Crypto Decentraland, A Metaverse Where You Can Hold Events, Network And Generate Income 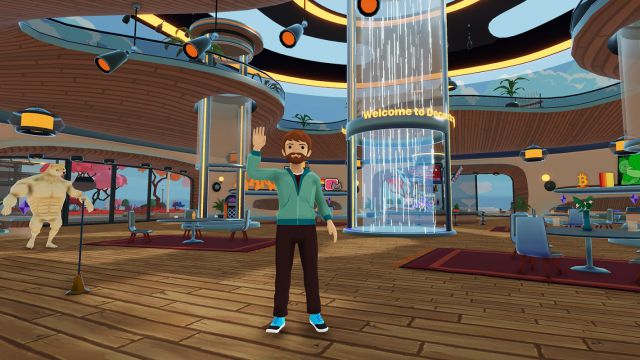 Decentraland: Built on the Ethereum blockchain, users can buy plots, build land, and sell it for MANA tokens. Decentraland is one of the virtual worlds that offer more solidity in full expansion of metaverses. It is a virtual environment with its own economy – managed entirely by its users, in a decentralized way – that works on the Ethereum blockchain and in which users can be part of the community. You can buy plots of land, build on them, organize events and other actions, and also sell them to earn income with the MANA token, the in-game currency.

The peculiarities of Decentraland are, unlike other traditional games, that the players are the only owners of the virtual world that is governed by open transactions and an economy in the hands of the users themselves. They are the ones who can buy and control the content of their parcels, generate income through construction – depending on what they do, they can then sell it at a higher price – and using the blockchain to securely buy and sell without forgeries or errors in transactions. Building, deciding and being part of a virtual community is its great attraction.

The player spaces where they interact with each other are called LAND. These are NFTs on which games, applications, services or audiovisual scenes can be created. Buying these 10-square-meter Land is the first step to be able to participate in Decentraland, group into districts or states with other Land and generate new activities. Without going any further, exclusive concerts can be organized for members of the community. As a curiosity, an application called Agora has been created where the members of a district vote on how to solve conflicts that arise in that area.

In short, Decentraland is one of the most solid metaverses that exist today in the blockchain, due to the amount of actions and freedom of decision it offers to players, who can adapt their plots, organize themselves in communities and have the capacity to generate extra income investing and improving their plots thanks to the token that serves as the game currency, MANA. We can make leases, announcements, payment experiences … all with the currency of the game itself, so an internal economy is created in which we can participate if we have a Land, since the holders of this token who have the ability to evolve the world of Decentraland according to your decisions.

Tripled in a Week: What is Dent? here are details