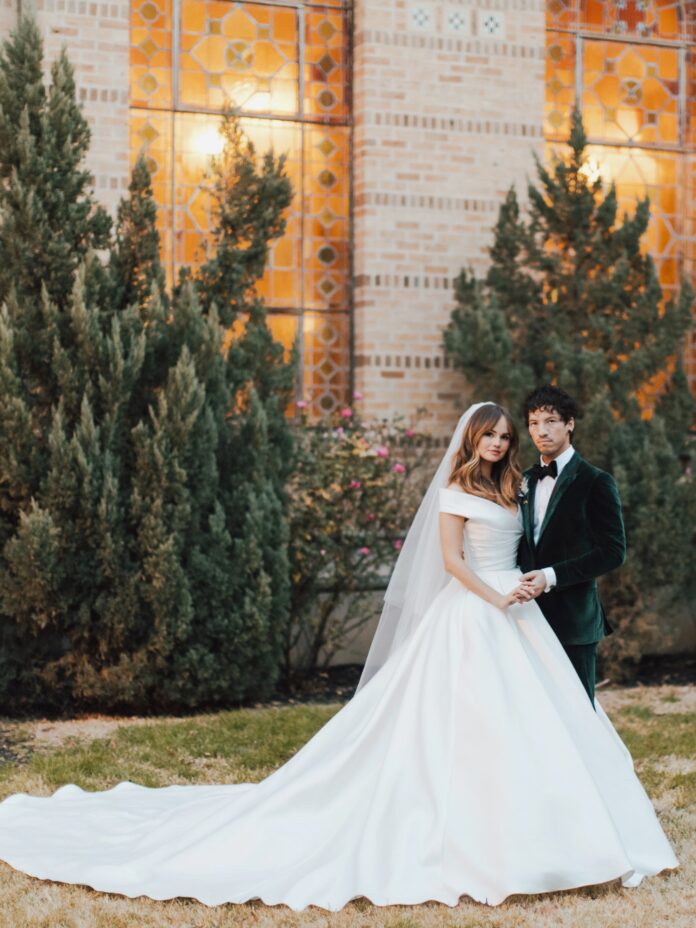 The actress who played Jessie in the famous Disney series confessed that she and the Twenty One Pilots drummer married in late 2019, having a wedding without much planning and that they all kept secret.

When Twenty One Pilots released the Level Of Concern video just over a month ago, fans of the group noted that Josh was wearing a ring that was apparently a wedding ring. Although it was a big surprise, considering the time the couple had been in a relationship, many got the idea that Josh and Debby had actually married, but there was no statement or proof of this.

However, recently, Debby Ryan met with Vogue in an interview for her new edition, where in addition to revealing details about their marriage, some of the images captured during the wedding were also shown.

The event took place in December after having been planned for less than four weeks and, after the big party, both the couple and guests kept the celebration a secret until now.

Debby confessed that after the loss of Cameron Boyce, she was able to reflect on many issues and realized that she did not need to wait for the right moment to come for each situation, instead, the girl decided to start living in the present and enjoy each day to the fullest.

Debby Ryan had an appearance in the latest Twenty One Pilots video, a clip in which Jenna and Rosie also appeared.