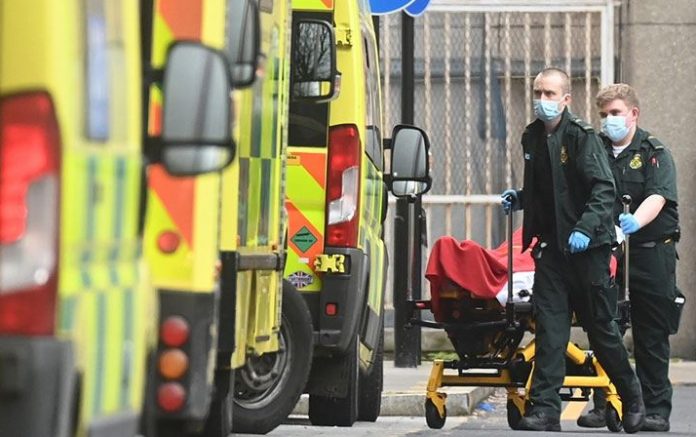 With the death of 1,200 people in the last 24 hours due to the corona virus in England, the total loss of life increased to 105 thousand 571.

Loss of life and the number of cases continue to increase in the UK due to the new type of corona virus (Covid-19). In the statement made by the British Ministry of Health, it was stated that the total loss of life in the country where 1,200 people died in the last 24 hours, increased to 105,571. With the detection of 23 thousand 275 cases in the last 24 hours in the country, the total number of cases reached 3 million 796 thousand 88. According to the vaccine data announced by the UK Ministry of Health, it was stated that a total of 8.3 million people were vaccinated.

“ASTRAZENECA VACCINE WILL NOT BE INTERRUPTED IN SUPPLY TO THE EU”

UK Cabinet Office Minister Michael Gove said, “We need to reset the relationship” for the situation caused by the dispute between the EU and AstraZeneca over the supply of Covid-19 vaccines. Gove said EU leaders “made a mistake” in using a clause of the Brexit agreement to stop the supply of vaccines to Britain.

Gove stated that Britain is “sure” of the vaccine supply and that the program will continue as planned, and that the UK is on the way to deliver 15 million vaccines by February 15. Gove emphasized that “there will be no interruption” in the supply of the vaccine developed by Oxford University and AstraZeneca against Covid-19 to the EU, and said that they will work with the EU to solve the problems.