Home Entertainment Deathloop Takes Us To Its Time Loop In 9 Minutes Of Pure... 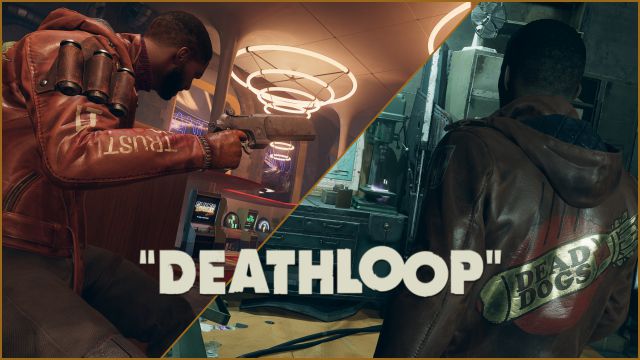 Deathloop: What’s new from Arkane Studios is seen in an extensive gameplay trailer during State of Play. It arrives this month of September for PS5 and computer. Deathloop has been seen in an extensive new gameplay trailer during State of Play accompanied by comments from its creators. The new intellectual property of Arkane Studios (Dishonored) and Bethesda Softworks, temporary exclusive for consoles on PS5 – soon to be released on Xbox Game Pass – and PC, we will put ourselves in the shoes of Colt, trapped in a time loop in Blackreef, a territory where everyone wants their head.

The objective is none other than to end that loop and escape. To do this, Colt must take down a total of eight targets, called Visionaries, before the day resumes. Julianna is one of those enemies, the main antagonist character who will constantly try to end our purpose and kill us. In case we die, the loop will restart.

Deep in the buble of Blackreef Island; Deathloop arrives on September 14

“Learning from each cycle is vital to mastering the island and discovering its secrets. Of course, there is very important information about visionaries and their routines, but there are also less important conversations to pay attention to across the island, ”explains Anne Lewis, Senior Content Manager at Bethesda. The game will arrive fully translated and dubbed into Spanish.

For his part, Dinga Bakaba, Game Director for Arkane Lyon, explains that “each loop is an opportunity to learn more about the Visionaries and the secrets of the island while exploring the environment. You will discover their routines and secrets, and you will take advantage of that information to advance through the story ”. Then, she tries a more advanced mission live, which is the main protagonist of the new extended gameplay that they have prepared for us for the State of Play. As we gather arsenal of weapons, skills and improvements, we can combine different styles of play depending on the mission.

From MeriStation we have already seen Deathloop in depth. In this preview we tell you what we think of the operation of the loop devised by the creators of Dishonored. The game goes on sale temporarily exclusively for PlayStation 5 consoles and PC on September 14, 2021.