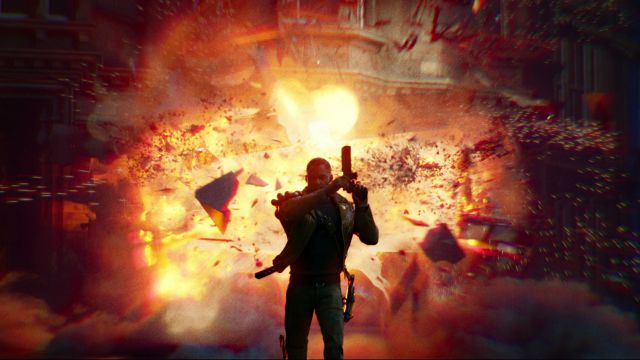 Deathloop: The title of the creators of Dishonored will take advantage of these extra months to fine tune the product to the maximum.Those who were waiting for the arrival of Deathloop like May water will have to wait a few more months to enjoy it. This was announced by Arkane in a statement published on the developer’s social networks, where they have confirmed that the title will not be released on May 21 as planned, but will be delayed until September 14. The reason for this decision is that they want to stay true to their ambitions, while also wanting to ensure the safety of all company employees, as the coronavirus crisis is not yet over.

“We have decided to delay the release of Deathloop to September 14, 2021,” explain Dinga Bakaga and Sebastien Mitton, Creative Director and Art Director respectively. “We have a firm commitment to quality and to the objectives and ambitions of our teams”, all without forgetting “the health and safety” of all team members. “We are going to use that extra time to achieve our goal: to create a fun, stylish and amazing gaming experience.

The team regretted “the long wait” and expressed their appreciation for the passion that the players have put into the game. “They are the fuel that gives us wings to continue working hard and developing our creativity.” The statement concludes with the desire to show more material on Deathloop in the near future.

Inside the eternal loop

The new production from the creators of Dishonored puts us in the shoes of a man locked in an infinite loop. The only chance to get out of this jail is to assassinate all the ringleaders who are holding him captive before the time loop is reset again. How could it be otherwise, Arkane introduces powers, different ways of approaching situations and a very particular visual style.

Despite Microsoft’s purchase of Bethesda, Deathloop will continue to be a temporary exclusive on PS5 and PC. Those of Redmond announced that they would fulfill the previously acquired commitments, although later it will also be marketed on Xbox Series X and Xbox Series S. It is the same situation as Ghostwire Tokyo, the new game from Tango Gameworks, creators of The Evil Within.

PSVR 2: the shooter in the RV Pavlov Shack, the first...