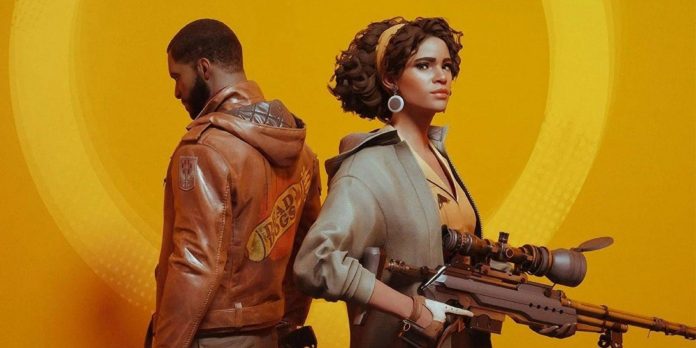 It has finally been confirmed that Deathloop will be released on Xbox Series X/S and Xbox Game Pass consoles on September 20, 2022. Last year, after Microsoft announced the upcoming acquisition of ZeniMax and Bethesda Game Studios, there was a lot of debate about how future exclusives for Bethesda consoles for PS5, Deathloop and Ghostwire: Tokyo. Despite the fact that the launch of these games on Xbox platforms is still a mystery, Microsoft announced at the Tokyo Game Show that Deathloop is preparing for release on Xbox Game Pass with a big update.

Deathloop was first announced in 2019 as the next big game from Arkane Lyon, the studio that created the beloved Dishonored series. Although only a few details were announced, in 2020 it became known that the game will be a temporary exclusive for the PlayStation 5, meaning it will only be available on this console for at least one year. Then it came as a shock when, in September 2020, Microsoft announced the acquisition of ZeniMax Media and its subsidiaries, including Arkane Studios and Bethesda. Microsoft later confirmed that it would honor temporary exclusive agreements with Sony, which included keeping Deathloop and Ghostwire Tango GameWorks: Tokyo as temporary exclusives for the PS5 console.

Considering that Deathloop was released on PlayStation 5 and PC on September 14, 2021, it is not surprising that exactly a year later Microsoft announced that Deathloop was going to be released on Xbox Series X/S as part of the Xbox Game Pass on September 20. 2022. This happened after an advertisement for Deathloop appeared on the Xbox control panel. Moreover, Deathloop will be released on Xbox platforms with a new free update “Golden Loop”, which will add new enemies, weapons, improvements, an extended ending and much more. This update will also be available on PC and PS5.

Many fans have wondered why Microsoft waited so long to confirm when Deathloop would appear on the Xbox Series X/S, but considering the game’s anniversary was September 14th, the answer seems pretty clear. Sony’s contract with Bethesda and Arkane probably prohibited Microsoft from advertising the game until the exclusivity window ended. This is confirmed by the fact that in the videos featuring Deathloop director Dingy Bakaba on the Xbox channel on YouTube, the posters of the game in the background were blurred.

Deathloop is already available on PC and PS5, and for Xbox Series X/S it will be released on September 20, 2022.

Robin Griggs died at 49: the star of “Another World” struggled...