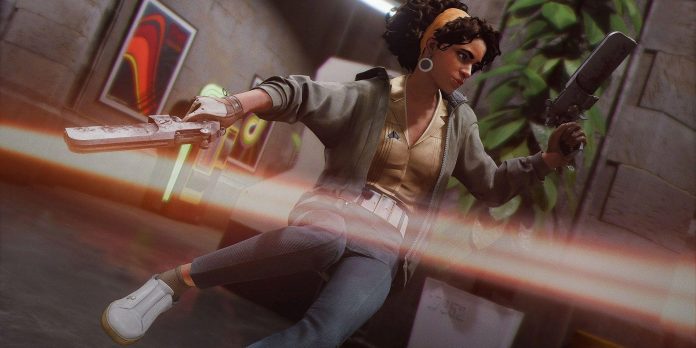 A screenshot taken on the Xbox Series dashboard seems to confirm that Deathloop will indeed appear on the console at some point. When it was released last year, Arkane Studios’ game was notable for its Groundhog Day-style time cycle mechanics, and fans have been waiting ever since for the game to be ported to Xbox. While this is possible, there has been no official word from Microsoft on whether this will appear in the system. All the players have to leave so far, this is one hint that is admittedly quite big.

When it was first released last September, exactly a year ago, Deathloop was PS5 exclusive, at least in terms of consoles, since it was also released on PC, which meant Xbox users missed out. However, since the game was published by Bethesda, and this studio was acquired by Microsoft in March last year, many were curious about how the game retained its exclusivity for the PlayStation 5, when the owner of the Xbox brand now owns the publisher of the game. However, now there is a possibility that this may change.

According to a recent VGC report, Deathloop has been spotted on the Xbox dashboard with a pre-order option. However, clicking on it does not open the store page, and there is no information about the potential release date of the port. What is interesting, the report says, is that this advertisement was celebrated on the anniversary of the release of the game on the PS5, and it is concluded that this can hardly be a coincidence. The fact that Phil Spencer of Xbox has stated in the past that the game will have a temporary exclusivity for the PS5 for a year, and this deal has already been concluded, strongly supports the idea that Deathloop will appear on the Xbox Series X/S. The latest leak only confirms this.

In fact, this isn’t the first Deathloop discussion on Xbox. Due to the aforementioned details that Microsoft owns Bethesda, and that the game will be available via Game Pass on PC, the release of the Arkane time loop hitting a rival console seems more imminent than a rumor. But, as already mentioned, there was no official confirmation of this at the time of writing the article.

Along with this, there was also a case for Deathloop 2. The current game was one of the most anticipated releases of last year, it was led by the developer of the Dishonored series, as well as the Prey reboot, both of which were very popular among gamers, so some would like to see a sequel. It’s impossible to say when the game will actually appear on the Xbox Series, but all signs indicate that it will happen soon, especially with the message “Pre-order now” on the dashboard.

Deathloop is already available on PC and PS5.