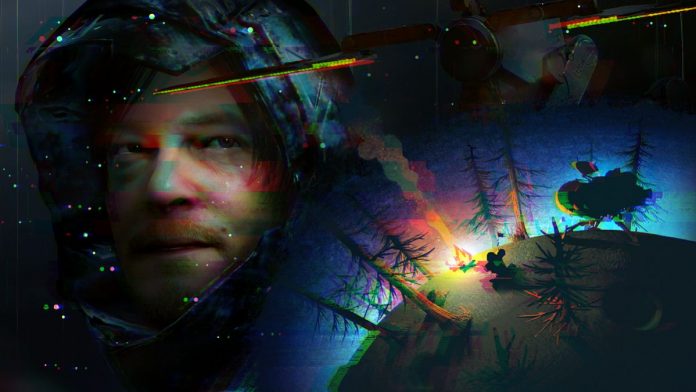 Death Stranding: Kojima Productions and Mobius Digital games are about to receive new content, so we take this opportunity to remember what makes them unique.Once upon a time, video games were constantly surprising us with new ideas. In the eighties, when the first platforms, adventures, role-playing games and more proliferated among the arcade booths of a screen. In the nineties, when the three dimensions pushed to reinvent the medium with new perspectives and formulas. In the 2000s, when the internet gave development tools and focus to an independent scene that did not need to sell a million copies to write off proposals that seemed risky until they sold that and more. And also when each player who is reading this began to discover all this, regardless of whether he did it in a decade or another, or following his natural order.

Nowadays, words like “innovative” or “original” often come loaded with a tone of certain regret because they not only allude to what makes a particular game stand out and deserve to be the protagonist of a conversation; also to the lack that the interlocutor perceives in the sea of ​​offers that surrounds him. As a rule, we want to play better versions of what we played before, but we also want surprises, that break our schemes, and the latter tends to be something much more rare. In 2019, a game managed to do just that. He looked at everything that had been done before, what could be done now, and intertwined exploration, progress and narrative in a unique way, impossible to achieve in any other medium. It was a game of humble origins, but also revolutionary pretensions, capable of winning several awards for the best of the year. So let’s talk about him. And also from Death Stranding.

For the record, there are several reasons for making this text now and they are not limited to the arrival of new content for both Kojima’s game and Outer Wilds in September. Also to the relaunch of Skyward Sword last month, a title that, curiously, led to Mobius Digital’s work in the first place: for Alex Beachum, project leader and self-confessed fan of Zelda, the then last installment had lost that sense of curiosity that Their worlds once inspired him, which led him to conceive a game in the antipodes. And the truth is that his case was far from the only one. In a controversial talk that went viral nearly a decade ago, indie developers Phil Fish (creator of Fez, a 2D game with 3D rotations) and Jonathan Blow (creator of Braid, a time-manipulating puzzle-solving game) discussed how the games The Japanese had lagged behind and prevented almost any sense of discovery due to their overwhelming need to guide the player both directly, verbally, and indirectly, through level design.

Skyward Sword had been released the previous year, 2011, coinciding with the arrival of a Dark Souls that was still on the lips of a not so large group of fans (among them, Blow himself, who claimed it as an exception to the rule) . Skyward Sword, like good Zelda, was a success by any standards, but few ignored a change in mentality that had been accentuating little by little. It was not something, of course, unique to Japan, and that same year Skyrim also became an even greater phenomenon by simplifying or eliminating systems established by earlier The Elder Scrolls. But the trend was there and created the ideal climate both for the explosion in popularity of Miyazaki’s work and for a general reconceptualization with an impact on a multitude of sagas and companies. Among them, Nintendo, which would make Breath of the Wild a game opposite to Skyward Sword.

Pokemon Scarlet and Violet Fan point out the advantages of Open...