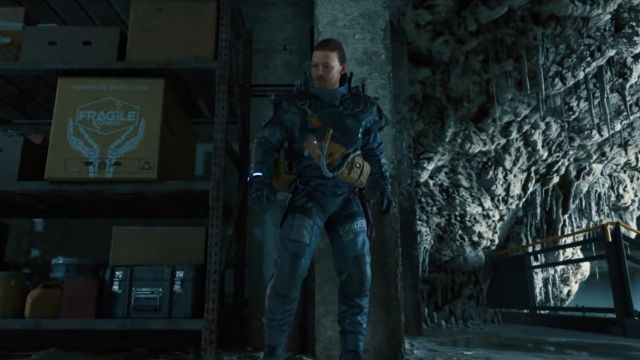 Death Stranding: The Japanese director explains why it is used in the cinema and why it does not fit with what he offers in the video game. With Death Stranding Director’s Cut, Sony Interactive Entertainment introduced the first of its definitive editions for its current-generation console, PS5. Shortly after, they also announced that another of their licenses would receive a similar treatment, Ghost of Tsushima Director’s Cut. From the moment they were revealed, there have been many voices that have criticized the use of the term “Director’s Cut”, very common in the film industry. Now, Hideo Kojima himself, head of Death Stranding, has acknowledged that he did not like the choice of the title.

The Japanese director has explained it on his personal social networks, through a thread made up of two tweets. “A director’s cut on a movie is an additional edit to a shorter version that was released like this because the director didn’t have the right to edit or because the cut had to be shortened” for a matter of time. And he adds: “In a video game, it is not what has been cut, but what has been produced additionally” and then included. “For that reason, in my opinion, I don’t like to call it Director’s Cut,” he says.

The new version of the Kojima Productions title will incorporate performance and graphics improvements for PlayStation 5. The Japanese developer has implemented several graphics modes, which will focus on both resolution and FPS. As if that weren’t enough, they have confirmed a new “very difficult” difficulty mode, new story missions and even an additional racing mode.

Death Stranding Director’s Cut will be available on September 24 exclusively for PS5 at a recommended price of 49.99 euros. Those who own the PS4 edition will have the opportunity to upgrade to the new version, but not for free. Those who want to enjoy the new content and graphic improvements must purchase the update for 9.99 euros.