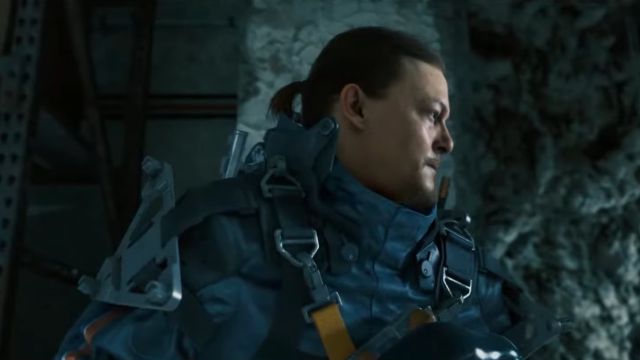 Death Stranding: Hideo Kojima has presented the expanded version of his latest work at Kojima Productions. It will go on sale on PlayStation 5. First sequences and images. Hideo Kojima had a surprise for the Summer Game Fest leading up to E3 2021 and he wasn’t bluffing. It is not his new project, it is not his next work, but the return of Death Stranding with a new generation edition expanded and with more content. Death Stranding Director’s Cut is now official and will arrive soon exclusively for PS5. Their full announcement will be produced “in just a few weeks,” Geoff Keighley said.

During the presentation video we have been able to see different sequences that remind us a lot (a lot) of Metal Gear Solid; from stealth parts to others where Sam Porter Bridges – the protagonist – hides in a cardboard box. Any coincidence may not be a coincidence. Hopefully, this expanded content has to do with infiltration, espionage, or escaping from hostile locations.

E3 2021 is about to begin. From June 12 to 15 we will have news and announcements of the next video games from the most important companies in the industry. After this initial conference of Summer Game Fest, four frantic days full of information await us, conferences that you can follow directly on MeriStation.

Ubisoft will be the first to make a move. The Ubisoft Forward is planned for this June 12 at 9:00 p.m. peninsular time in Spain. This Saturday we will also have the Devolver Digital and Garbox conference; finally, on Sunday we will have one of the most important dates of the year with the Xbox & Bethesda Games Showcase; specifically, on June 13 at 7:00 p.m. (CEST).

Right after finishing, it will be the ideal time to cook some dinner and chain the Square Enix Presents, which starts at 9:15 PM (CEST). It will also be on Sunday when the Warner Bros. Games and PC Gaming Show conferences are held. On Monday, Capcom and Take-Two; While on Tuesday, June 15, it will be Nintendo with the Nintendo Direct that delights us with whatever they have to say. It is expected that those in Kyoto will offer news of the sequel to The Legend of Zelda: Breath of the Wild.

Howling Village: The Creator of the Ju-On Saga Returns With His...