Home Entertainment Death Stranding Director’s Cut: How to Use PS4 Save Game on PS5 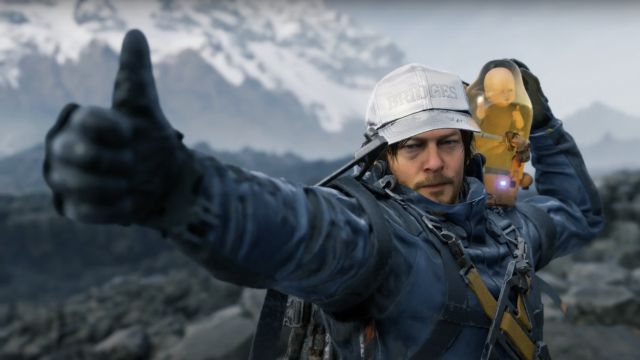 Death Stranding Director’s Cut: Like other products with versions on both consoles, Sony allows you to move the game from one machine to another.The final trailer for Death Stranding Director’s Cut has already been released. There are still a few weeks left until the premiere of the video game on PlayStation 5, but those who want to acquire the video game already have the possibility of preparing everything to continue the game where they left off. Although the methods are different depending on the title, in the case of Hideo Kojima’s work you must first upload the save file from the PS4 version, then download it and use it on PS5.

Death Stranding has just been updated in the previous generation system of the Japanese and it already allows you to take this first step. Once uploaded, you will have to wait for the Director’s Cut to go on sale to complete the process. At that point, you will have the opportunity to download the save file. Everything will remain intact except for some minor changes related to shared online content and character assignments.

Sam in the face of danger: time to reconnect the world

In this production, Sam Porter Bridges represents humanity’s last hope. The United States has been decomposed after alien forces stormed the world. The threat of stranded entities and the extinction of the planet lurk, so Sam must travel the territory to connect the different points. In fact, the concept of this work responds to the collaboration between the different versions of Sam that swarm the world, that is, the players themselves.

Death Stranding Director’s Cut, on sale on September 24, adapts the graphics to PS5, so it is a version exclusively developed for this platform. PlayStation Studios repeats as editor, so this definitive edition will not, in principle, be compatible. Includes indoor stealth missions, new items, and even vehicle races.