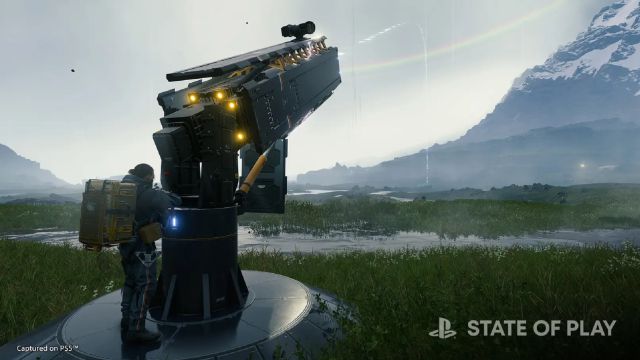 Death Stranding: Hideo Kojima himself has confirmed this news on social networks, shortly after a new trailer was shown. When Death Stranding Director’s Cut was announced during Summer Games Fest 2021, Hideo Kojima claimed that it would be shown in more detail soon. This happened in the last State of Play on July 8, where Kojima Productions and PlayStation Studios presented a gameplay trailer for this special edition. To the novelties that have already been confirmed, we must add one that the same Japanese creative has revealed through Twitter, a higher difficulty mode.

“Oh, and there is a Very Hard Way too,” Kojima has written in his personal account. On the other hand, the composer Ludvig Forssell, who recently left Kojima Productions to launch the freelance world, already said that his departure would not mean that he stopped working on projects by the Japanese director. Not surprisingly, Forssell has confirmed that he has written more music for the new version of the video game: “I have written about an hour of new music for the Director’s Cut of Death Stranding, which includes some of my favorite songs for the game. I can’t wait for you all to hear it! ”.

How to update, price and news

Those who have the original version of Death Stranding will be able to update to the Director’s Cut, either with the edition in physical or digital format. The update for PS5 will be available to buy at a price of 9.99 euros. It will also be sold as a standalone game, at a suggested price of € 49.99. The studio has taken advantage of the PS5 hardware, so it will offer several graphics modes, one that will prioritize performance and another that will opt for resolution. It will offer support for ultrawide monitors, HDR, greatly reduced loading times, 3D audio and support for the DualSense.

Death Stranding Director’s Cut will be cross-save with the previous version and will add new story missions, a racing mode, interface improvements, new weapons, equipment, etc. It will go on sale on September 24 exclusively for PS5.

Darkrai in Pokémon Legends Arceus: How Can We Achieve His Mission?