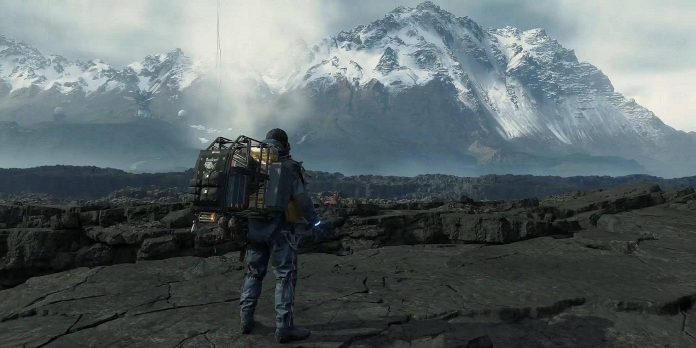 In this modern era of gaming, words like “upscaling” and “ray tracing” are often used as such technologies are now an integral part of the industry. Since Nvidia uses its RTX software in many AAA games, its biggest competitor AMD also has tricks up its sleeve. The equivalent of Red Team is presented in the form of FidelityFX Super Resolution or FSR, an open source scaling algorithm, version 2.0 of which was recently released. With that in mind, it now looks like this technology is compatible with a lot of modern games.

This is stated in a recent WCCFTech report with reference to a number of Reddit posts. It looks like FSR 2.0 is now compatible with games like Death Stranding, Metro Exodus: Enhanced Edition and Marvel’s Guardians of the Galaxy. There are also instructions on how to implement AI into each game. It should be noted that since these are mods, users may encounter some problems when switching from DLSS from Nvidia or Deep Learning Super Sampling to an AMD analog with the possibility of noticeable “ghosts”. The report further warns that such mods cannot be used in online games so that players do not risk being banned.

Since AMD launched a new version of its upscaling technology, many attempts have been made to implement it in a number of popular releases. For example, a mod for Cyberpunk 2077 is added to FSR 2.0, which itself was then used to add it to Red Dead Redemption 2, as well as a mod made for Dying Light 2. Obviously, players are interested in some upscaling technologies that compete with Nvidia’s much more proprietary software. In any case, users decide for themselves whether they are interested in FSR 2.0 in their games, but many like the additional visual gain and performance improvement that such an AI can give.

Not only AMD and Nvidia have upscaling. Intel also unveiled its XeSS software, which allegedly supports games such as Death Stranding, Hitman 3 and PUBG. Some may not be interested in such things, but considering that scaling can help improve graphics quality without additional hardware load, many find this a useful feature, especially in open source versions such as FSR.

As if that wasn’t enough, Apple recently talked about MetalFX, the tech giant’s own scaling algorithm that comes with its new M2 chip. Obviously, upscaling is the future of gaming, and it seems that players have much more choice in the market, although it is quite possible that AMD could knock Nvidia out of first place in the current market.

Far Cry 6 is Not a “Political Statement About Cuba,” Says...