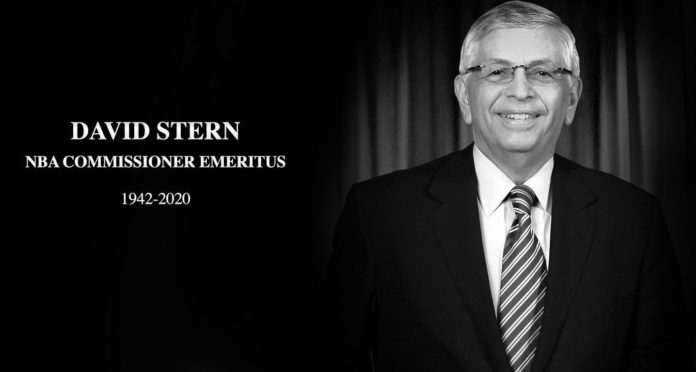 David Stern died on Wednesday in a New York hospital after suffering a brain hemorrhage three weeks ago. The former NBA boss was 77 years old.

NBA boss from 1984 to 2014, David Stern would not have survived the brain hemorrhage he suffered in a New York restaurant three weeks ago. Hospitalized, he did not regain consciousness, and his wife and children announced his death on Wednesday afternoon.

Born September 22, 1942 in New York City, David Stern was the commissioner of the NBA for 30 years, opening him up to the world with the arrival of foreign players but also the presence of NBA stars at the Olympics. It was in 1992 with the “Dream Team”. It should also be noted that it was under his thumb that the NBA hosted seven more franchises, including two Canadian, or the creations of the WNBA, the G-League and the establishment of the “lottery” for the Draft.

He is also the one who negotiated TV rights, whether in the United States or abroad, and since taking over from Larry O’Brien in 1984, he has completely changed the face of the NBA. , to the point of making it one of the most popular and attractive championships in the world, but also one of the most flourishing with franchises which today are worth several billion dollars for the best of them.

David Stern will also remain the man of conflicts with the union of players with several strikes, the last of which had particularly affected him in 2011. In 2014, at 72, he decided to pass the torch to his right arm, the progressive Adam Silver, who will continue his projects with the arrival of advertising on jerseys, the creation of an Africa Game and ever more openness to the world. Two years ago, Sports Illustrated asked him what were the moments most significant in his life as an NBA boss. He had not cited advances or exploits of players, but news with the announcement of the HIV positive status of Magic Johnson, the assault of Latrell Sprewell on his coach, the fight between the Pistons and the Pacers and the Tim Donaghy case, this arbitrator who bet on meetings. On the other hand, he said he was proud to have been able to protect the championship and its fairness, and to have left it when the business had picked up again.

This January 1, 2020, it is not only the NBA which is losing a significant figure in its history because David Stern will also remain as one of the main leaders of contemporary sport. “Thanks to David, the NBA is a truly global brand – making him not only one of the greatest sports leaders of all time, but also one of the most influential business leaders of his generation” Adam Silver wrote in his homage to his predecessor.

Park Shin Hye and Yoo Ah In will face zombies in...