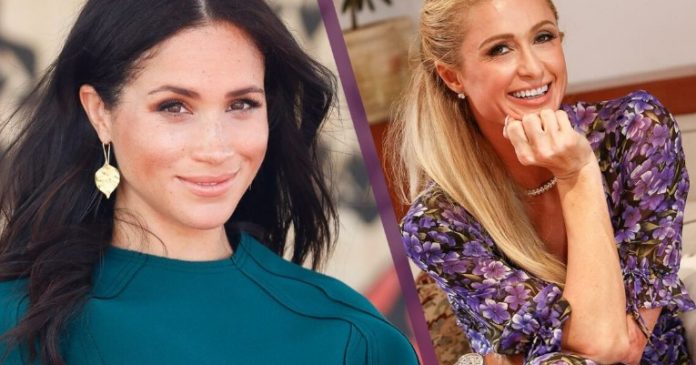 The archetypes of the Duchess of Sussex, Meghan Markle once again brought us some important information about her life. The podcast session took off last week for her amazing session with Bollywood megastar Deepika Padukone. This Tuesday, her show was graced by Paris Hilton, the star of “The Simple Life,” and Claire Malone, a prestigious staff writer for the New Yorker magazine. In the hour-long podcast, the trio broke several labels “Bimbo” and “Stupid Blonde.”

Later in the podcast, Megan contacted Paris and gave us a shocking revelation about what her early acting life was like. It was enough to pay the rent of the house and the bills, but at what cost? What harsh and stereotypical statements made her quit her job? Read on to find out more.

Recalling her time as a “briefcase girl” in 2006, trying to make a living, Megan spoke about some of the harsh realities she faced behind the scenes. Speaking about the strict rules according to which artists must appear on stage externally, Megan began by telling how every week they were given vouchers for spray tan. “There was a very formulaic idea of exactly how we should look,” admitted Markle.

Continuing to clarify how the objectification of women determines a career in the industry together with Paris Hilton, Megan said: “It was exclusively about Our beauty. And not necessarily about brains.” Sharing the case, Megan told how once behind the scenes of “Deal or no Deal” a woman called her obscene language. “I knew who she was talking to because she was saying, ‘Markell sucks!'” the former actress lamented.

As a result, Megan quit her job. She did not appear on the show again and broke up after the humiliating incident. “I was grateful for the work, but not for how I felt, which was unwise,” the Duchess said. However, shortly after she tied the knot with Prince Harry, she had to give up acting altogether. This was due to the strict rules of the Palace, which also led to another never-ending dispute.

How well do you get along with Meghan Markle?

Actor James Spader talks about his return from quarantine