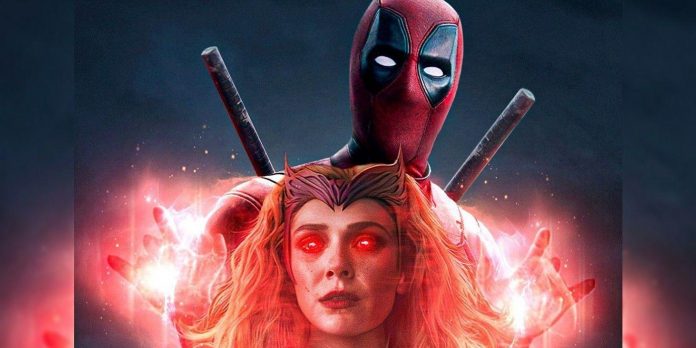 A Deadpool 3 fan poster depicts Wade Wilson aka Deadpool using Scarlet Witch’s own mind control powers against her as a tease for the anti-hero’s eventual introduction into the MCU. Since Disney acquired the rights to Deadpool by purchasing Fox, Wilson’s (Ryan Reynolds) arrival to the cinematic universe has been highly anticipated. Deadpool 3 will be the continuation of the Deadpool series that began under 20th Century Fox to much acclaim and pop culture relevance. The film will maintain an R-rating like its two predecessors and will be the MCU’s first R-rated project. As of this writing, there has no official release date announced for Deadpool 3.

Marvel recently revealed what movies and shows are to come during Phases 5 and 6 at SDCC, but Deadpool 3 was not mentioned in the timeline. One explanation for this could be that Marvel is not allowed to recast actors for certain characters from Fox who are still under contractual agreements that will not end until 2025. X-Men actors would fall under this umbrella and might explain why the mutants are noticeably missing from Marvel’s newest phases. This is important for Deadpool 3 because Wilson is directly linked to the X-Men, as they play a vital role in the plot of Deadpool 2. If their potential MCU debut is delayed, then we may not see the red assassin until the X-Men are announced. However, Kevin Feige has said there are still many surprises to come and plenty of dates still open for projects to be revealed. Deadpool 3 could still be one of the surprises.

Related: How Will Deadpool Join The MCU? Every Theory

Despite an unclear release date, interest in Deadpool 3 remains very high. Case in point, this incredible fan poster by Agt Design on Instagram that depicts Wilson hypnotizing the Scarlet Witch. In what would be an interesting matchup between the two characters Deadpool somehow has gained the ability to use Wanda’s mind control ability. If Wanda and Wade were to throw down the combination of her psychic powers and his physical combat prowess, it would make the stunning and exciting contest. Check out Agt Design’s fun concept, below:

Deadpool’s regenerative abilities would come in handy fighting Wanda and her powerful Scarlet Witch form. So far in the movies, the Regenerating Degenerate has used the ability to recover lost body parts and limbs a number of times. Now that Wanda has been established as a character who can kill if pushed to do so after the events of Doctor Strange in the Multiverse of Madness, an encounter with Wilson could find him needing to regenerate a few times. It’s unclear whether Wanda will still be a villain or cooperating with the Avengers by the time Deadpool is introduced in the MCU, but if she’s still at odds with our heroes, it might be against the Scarlet Witch that Deadpool makes his debut.

Deadpool 3’s writers have teased the story would continue the comedic fourth wall breaking and use it while dealing with the character joining the MCU. Wilson’s introduction to the MCU will surely shake-up the universe and will be a surprise for fans not as familiar with the bad mouthed-mercenary. Whether Wilson will be fighting Scarlet Witch or another character currently from the MCU in Deadpool 3 is a mystery and we will just have to wait and find out.