Home Entertainment Dead Space Remake: confirmed all changes for Isaac at the moment 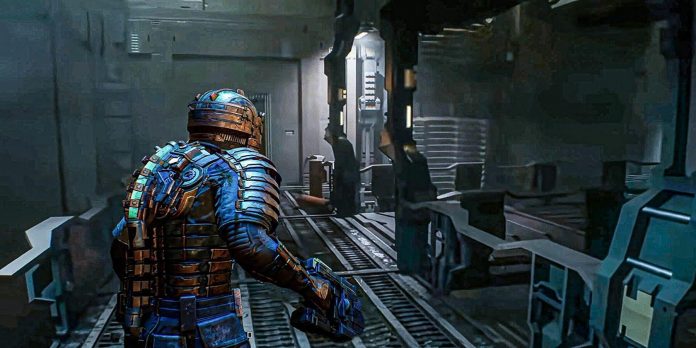 Dead Space is an upcoming remake of the cult survival horror game from EA 2008, which will feature a number of improvements. Considering how long ago this original release was released — and the fact that it is being developed by Motive Studio, and the original creators of Visceral Games are closed — some changes should be expected in the remake so that it better matches the current generation. However, from what has been shown so far, it looks like a fairly accurate recreation of the landmark Visceral name. Visual effects, sound and physics are being reworked for next-generation technologies, but the remake retains the atmosphere, setting and plot of the original. However, one aspect that has undergone some changes that may surprise some fans is the main character Isaac Clarke.

The remake of Dead Space was first announced at an EA Play event in 2021, to the delight of eager fans who suspected it was in development based on months of rumors. This is a return to form for a series that focuses more on the survival horror elements inspired by Resident Evil from the original, rather than the more action-oriented later installments. These aspects were part of what made the first game a fan favorite of the series. Other long-awaited changes include the removal of the microtransaction system that haunted Dead Space 3, and a deeper execution of the dismemberment feature, which was a key combat mechanic of the series. While this all sounds like good news, the changes in Isaac may cause controversy among some fans familiar with the original Dead Space.

Dead Space follows Isaac Clark, an engineer aboard the USG Ishimura, after being hired for repair work, who quickly finds himself under attack by terrifying undead necromorphs. In the context of the original Dead Space, it is difficult to learn much about Isaac’s personality because of one important feature: he never talks. Except for a few grunts and other nonverbal sounds, Isaac is silent for the entire first game. This will change in the remake of Dead Space.

Isaac will now be fully voiced, reacting to the horrors surrounding him as he explores the ship, and speaking while interacting with non-player characters. This is not entirely new, as it was in Dead Space 2 and 3, where Isaac was fully voiced and portrayed by Gunner Wright. Wright reprises his role in the upcoming remake.

In Dead Space 2008, the combination of Isaac having no dialogue and almost never being shown without his RIG costume and mask had some narrative effects that cannot be ignored. Isaac is not a hero and not a soldier, but an engineer who has fallen into a terrible situation in which he is completely out of his mind. It’s much closer than the other main characters. Thus, his expressionless character makes Isaac as much an avatar of the player or a surrogate of the audience as an ordinary character. He is scared only if the player is afraid, instead of transmitting fear with his own reactions. Even the design of the game reflects this approach, for example, the user interface is integrated into the appearance of Isaac RIG helmet and equipment.

This approach itself was immersive, and perhaps that’s why some have reservations about the change. Nevertheless, the new approach certainly has advantages. Isaac’s non-reactive nature may have hindered immersion in the original game. At times it seemed unnatural that the character did not react in any way to the terrifying events that surround him. Now Isaac will have contextual voice cues based on what is happening around him and what he is doing.

Isaac’s voice cues in the remake of Dead Space are created under the influence of the LIVE system. This is a new mechanic that affects his behavior depending on his heart rate, breathing and health level. Heart rate and breathing, in turn, are affected by things like sprinting, fear of jumping and fighting. Each contextual voice line will have three options — normal, tired and traumatized. We hope that this feature will avoid repeating voice cues, which often makes reactive dialogue harmful to immersion, rather than improving it.

The remake of Dead Space also transformed Isaac’s iconic RIG costume. The suit itself has been redesigned thanks to a new generation of hardware capabilities with impressive textures and details. But there is one change that Motive has not yet paid attention to. There seems to be a new feature between the health and stasis indicators: a pentagon with the same light as these indicator bars. It is not yet clear what kind of light source it is. This may indicate a new ability or resource at Isaac’s disposal, similar to the stasis and kinesis abilities he had in Dead Space.

Among Us Will Receive Update With ‘Hide & Seek’ Mode