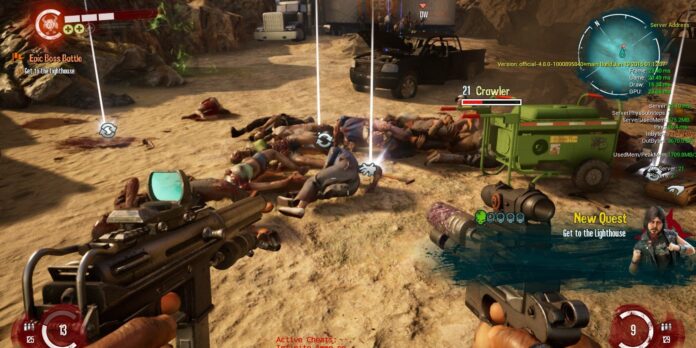 In 2011, PlayStation 3, XBOX 360 and a game that computer gamers will soon remember will be released: Dead Island. We were trying to survive on a tropical island during a zombie invasion in the production that took the hearts of many of us with its fun and action-packed structure.

5 years after the game came out, a game called Dead Island Definitive Edition was released for those who want to play this game in higher graphics. This game allowed us to see the world of Dead Island with more updated graphics. But the players’ expectations were not this game, it was the sequel of the series.

A version developed in 2015 appeared:

Players who played and loved the first game of Dead Island wanted a second game from developer studio YAGER. This game has been in the development phase for a long time. But years passed, the meter started pointing to 2021, but there was still no sound from the new game.

Until now. According to some images circulating on Twitter, a version of Dead Island 2, which will be the sequel of the Dead Island series, developed in 2015, is currently circulating on the Internet. Moreover, screenshots were taken from this version and started to be shared.

The images we saw above were taken from a version of Dead Island 2 developed in 2015. Of course, it is quite obvious that these images do not reflect how the game will look today. Nevertheless, it is good news to hear Dead Island 2 again after a long time.

Although Dead Island 2 was originally developed by YAGER, it is currently being developed by Dambuster Studios. In May of last year, THQ Nordic said that we will soon hear something about Dead Island 2. However, despite 1 year after this promise, we still could not hear anything about the game.

Fortnite: what’s the fastest way to get around?

Before and after COVID-19: satellite images show changes

Radar View of Aircraft Traffic in the USA that Disturbs the...