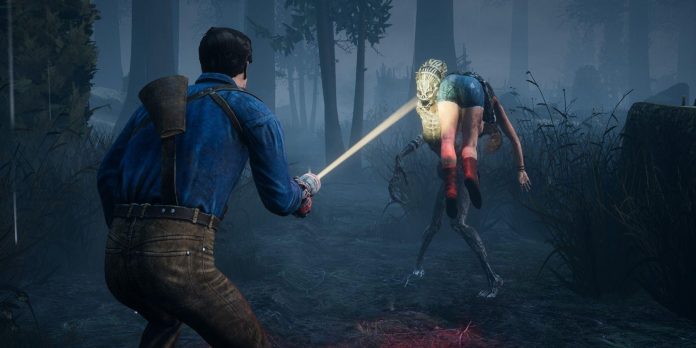 Dead by Daylight is seriously reviewing progress, which should help players seeking to customize their characters and try out new abilities. The mid-chapter update will reduce the number of hours needed to unlock many Dead by Daylight privileges and make the prestige system much more forgiving for players returning to Level 1.

Behavior Interactive released Dead by Daylight in 2016, and the asymmetric multiplayer survival horror game immediately became one of the most popular and respected games in a growing genre that was previously dominated by older games such as Left 4 Dead 2. In the years since the game’s debut, many updates have been made, who have improved and added a lot, and even added licensed cross-content, such as Cheryl Mason from Silent Hill and Leon Kennedy from Resident Evil. Behavior Interactive has been steadily updating the game’s features, user interface, and mechanics, with the result that the six-year-old game still has a lot of time left.

In an effort to reduce the routine work faced, in particular, by new players trying to catch up with progress, Behavior Interactive plans to completely revise the perks and prestige systems so that they take much less time. Behavior Interactive acknowledges that since the game has grown, the grind has also expanded with each new chapter of Dead by Daylight. The “trainable” rarity of perks will be removed, and the trainable perks will be tied to prestige. Character Prestige unlocks all basic perks for use by any other character without the need to use Bloodwebs. Prestige will also no longer remove perks, items, add-ons or offers, and perk slots will remain after prestige. Prestige is no longer mandatory and will occur after the purchase of a node in a special Bloodweb.

The Shrine of Secrets is also being recycled and will allow players to buy bonuses directly. Buying perks this way unlocks level 1 versions for all characters according to the new way Prestige unlocks perks globally. In addition, the purchase of already unlocked privileges will increase their level. To shake up the meta associated with perks, a large-scale balancing pass is carried out, while changes affect dozens of perks in various nerfs and buffs. Many of the most popular Killer and Survivor perks will undergo changes to make less used ones more appealing.

Despite the fact that, according to the Dead by Daylight roadmap for Year 7, there is still a lot to come, this serious reduction in routine should be a welcome change that will help players focus more on the pleasure of the game and less on the tedious work required to collect perks and create a character. build.

40-minute Nintendo Direct Takes Place Tomorrow (23) and Will Have Lots...