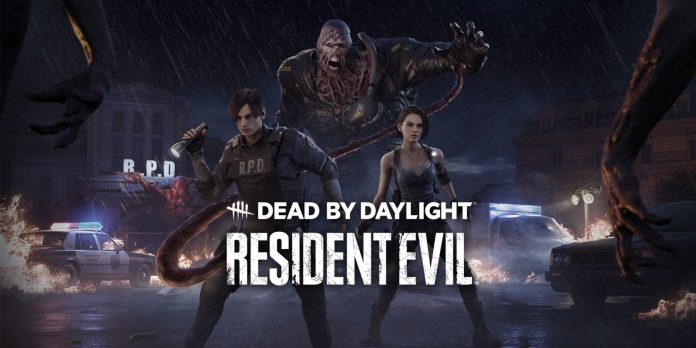 In May 2021, Behavior Interactive released a chapter on Resident Evil for Dead by Daylight, in which Nemesis plays the killer and Leon and Jill are the survivors. Chapter turned out to be a significant success, as well as other joint chapters of Dead by Daylight, such as Silent Hill, Scream and some others. It is not surprising that, given the possibility, Dead by Daylight will make another chapter of Resident Evil in the near future. For those who don’t want to wait, it seems quite a lot of information, including about the Killer and the Survivors in this chapter, has leaked out early.

Numerous Dead by Daylight leaks of unclear origin appear to be spreading on social media with content from the upcoming Resident Evil Chapter DLC. The leaks include assets for a new Resident Evil Killer and two Survivors. Judging by the initial teaser of Dead by Daylight Resident Evil, the Killer is none other than Wesker. The survivors are Ada Wong and Rebecca Chambers.

Assets include normal and bloodied models for all three Resident Evil characters. Wesker wears recognizable sunglasses and a raincoat, and his weapon is a dagger. Ada Wong in a red dress from Resident Evil 2. Rebecca Chambers has tactical gear with a white bulletproof vest, fingerless gloves and a blood-red choker. Needless to say, for Resident Evil fans, all three characters will appear in Dead by Daylight in their most familiar forms.

As for more specific gameplay details, Wesker will be known in Dead by Daylight as The Mastermind. Wesker’s personal abilities include Superior Anatomy, jump acceleration caused by a survivor performing a quick jump, Awakened Awareness that shows the auras of survivors as they carry a survivor, and Terminus, which marks survivors with a “Broken” status effect after the exit gate is turned on. . Ada Wong’s perks are “Wiretapping”, “Reactive Healing” and “Low Profile”, and Rebecca Chambers’ perks are “Better Than New”, “Calming” and “Hyperfocus”. Detailed information about each survivor’s perk has not yet been finalized and is therefore unavailable.

Although most of the leak could easily have been faked by a Dead by Daylight/Resident Evil fan who had some time, what makes the leak convincing is that it includes certain audio files. The sound includes the music of the Wesker chase. This is quite grandiose and should scare the survivors who hear it.

Behavior Interactive confirmed that a new Resident Evil chapter for Dead by Daylight, called Project W., was in development in May. However, it has not yet been announced when it will appear. Although these leaks may mean that the chapter may appear in the near future, this is probably the way out as Behavior continues to work on it. Dead by Daylight is quite notorious for leaking information about the game long before its release. Expect more information in the coming weeks and months.

Resident Evil 4 may follow the example of the Final Fantasy...