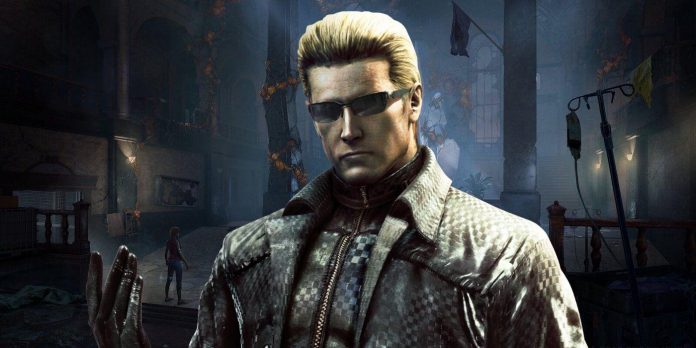 The second crossover between Dead by Daylight and Resident Evil will add even more iconic characters to the asymmetrical horror game. In the multiplayer survival developed by Behavior Interactive, four players act as unfortunate survivors, and one player takes on the role of a supernatural killer. Since its launch, the game has become widely known for its crossovers, including the large-scale crossover Dead by Daylight with Resident Evil last year, and now the second collaboration has been officially presented.

It is believed that Resident Evil 1996 defined the genre of survival horror games, and the beloved PlayStation classic spawned a long series of sequels and spin-offs. Last year, Dead by Daylight paid homage to this terrifying franchise in the form of a crossover update, in which the main characters Leon Kennedy and Jill Valentine were added as experienced survivors. This collaboration also led to the emergence of the legendary Nemesis from Resident Evil 3 as a biologically enhanced killer, and the Raccoon City Police Department was even transformed into a Dead by Daylight multiplayer map. Earlier this year, Behavior Interactive announced another crossover between Dead by Daylight and Resident Evil, and now this exciting update is officially unveiled.

Link: Dead By Daylight: Leon and Jill from Resident Evil compared to Other Survivors

The trailer for the new Dead by Daylight Chapter 25 update titled Resident Evil: Project W was presented by Dead by Daylight (via YouTube). The second crossover of the multiplayer horror game with the legendary zombie franchise will add the main characters of the series Ada Wong and Rebecca Chambers as unique new survivors. The famous Resident Evil villain Albert Wesker, meanwhile, will be added to the game as a new intimidating killer. It is reported that Behavior Interactive has also redesigned the Raccoon City Police Department map for this occasion. Although no official release date has been announced, Resident Evil: Project W is apparently coming to Dead by Daylight soon.

While Project W will add more Resident Evil heroes and villains to the game, the Dead by Daylight crossover with Attack on Titan will soon add new cosmetic items based on the popular manga and anime series. The franchise takes place in a world where humanity is constantly threatened by huge man-eating monsters. This franchise is perfect for an intense asymmetric horror game. Dead by Daylight will receive cosmetic keychains and costumes inspired by the “Attack of the Titans”, which will allow players to dress up the formidable killer Oni in the unstoppable Armored Titan from the anime.

The first Dead by Daylight crossover with Resident Evil allows players to become favorite gaming icons Leon Kennedy and Jill Valentine or imagine themselves as a terrible Nemesis. Now in Resident Evil: Project W, fans will be able to participate in asymmetric multiplayer battles, playing as Ada Wong, Rebecca Chambers or the infamous violent Albert Wesker. Although the release date of the update is unknown, Resident Evil fans can expect an increase in global saturation in the near future.

BTS Will Be Your Study Partners Whenever You Need It

Forza Horizon 5: How to Solve the Sustainable Energy Treasure Hunt