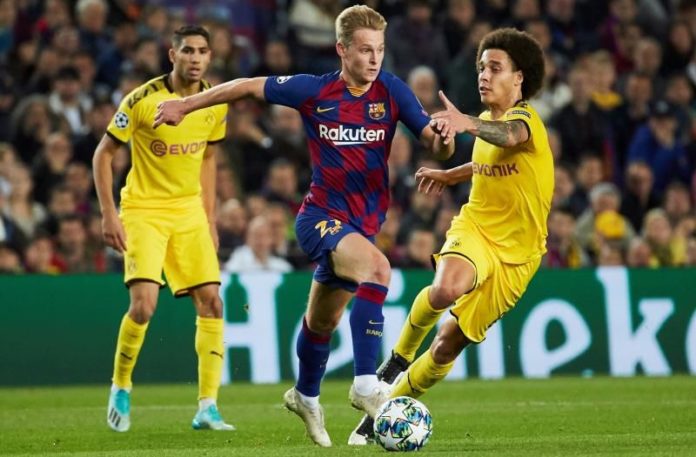 The midfielder of Barcelona Frenkie de Jong will live his first Classic as a Barça player on Wednesday. These are his impressions, made to Barça TV, about a game that until now he had always followed on television.

“I am very excited, it will be my first Classic. I have followed all the others on television and the one I enjoyed the most was the 5-0 at the Camp Nou”

“It is the same on what date it is disputed: playing against Real Madrid is always special. Also, my family will come to see it. Surely a spectacular atmosphere will be breathed.”

The match you imagine

“Two of the best teams in the world will gather on the grass. We will try to dominate the game, as we always do. I do not know how they will raise it, but we will do it in the same way as in any other: having possession, creating many occasions and making fans enjoy Barca. ”

“It was a very special game for us. In fact, I would say that the Santiago Bernabéu was the best we played. It was a surprise for all the people who were watching the game. The 1-4 in their stadium, eliminating them and making a good football … I have a very good memory of that confrontation. ”

“In Holland we also have a Classic, which is the match in which Ajax and Feyenoord face. It has less impact than the one played here, but in Holland everyone talks about that game. The atmosphere is different from the others matches. You can perceive the tension in the stadium … These are the games that a player always wants to play. ”

The victories against Dortmund and Atlético

“These are triumphs that make us grow as a team because they are usually very complicated. You gain confidence when you win them and, even more, if the team plays well. I think we can still play better but the team is evolving and we are playing better every game.”

“Playing at Camp Nou helps us a lot. Rivals also notice, they know that it is the largest stadium in Europe. This season, especially, we are doing well at home games, and hopefully we will continue to win games here and score many goals to enjoy our fans. ”

The good moment Messi and Suarez

“Everyone knows how important Messi is for us. It is no longer surprising if in a match he scores three goals. He is much better than the rest. Any team that faces Messi is always more nervous, I would be too.”

“Suarez is having an incredible season and is scoring some wonderful goals. Last year against Real Madrid he already got a hat-trick and hopefully he will do it again this season”

Its adaptation to LaLiga and Barça

“I think the level of football in the Spanish League is higher than in the Netherlands. There, for example, most teams try to play building from behind and not so much here. Also, in the League the rivals are tougher, something that it’s much better because everyone wants to win ”

“At the beginning there is always a period of adaptation, but in these first months at Barça I have felt more confident and more comfortable. Everyone has helped me a lot, even the people on the street: I have felt very welcome from the first moment The city already knew her, because she had come on vacation. The classmates have recommended places to visit or to eat. I feel at home. “