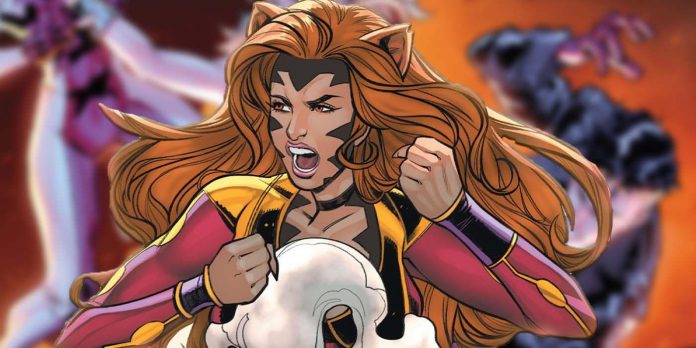 DC’s most misplaced villain returns when The Mighty Ended confronts the Young Justice team in a new Dark Crisis preview. In the first look at Dark Crisis: Young Justice #2 from DC Comics, Robin, Impulse, Wonder Girl and Superboy battle a villain capable of hypnotizing his opponents with his chest. Young heroes quickly deal with a Powerful Gifted, and Tim Drake wonders why they faced one of their oldest enemies.

In the debut eponymous series “Young Justice” by Peter David, Todd Nauka, Larry Stacker, Jason Wright, Digital Chameleon and Ken Lopez from DC Comics, the group meets The Mighty Ended. A former archaeologist turned into an alien cocoon after discovering part of the technology of the New Gods at the excavation site. When she appeared, the Mighty Gifted gained the power of hypnosis, because her breasts, which were never visible and were always covered with a cloud, were the source of her powers. The unsuitable villain was quickly defeated before sinking into obscurity… still.

In a brand new preview of In Dark Crisis: Young Justice #2 Megan Fitzmartin, Laura Braga, Luis Guerrero and Pat Brosseau from DC comics, Impulse, Superboy and Robin find themselves in a familiar alternate reality where the original Young Justice team encounter with a Powerful Gifted is relived. Cassie Sandmark fights the misplaced villain as Momentum notes that he likes the view. After defeating the villain, the young heroes jump into their supercycle, where everything becomes even stranger.

When Oracle calls Young Justice to help with a villain named Thora, Tim Drake suggests that maybe they should turn to John Kent, Damian Wayne or Wallace West for help. Cassie strangely replies that she hasn’t heard of any of the names he mentioned. Robin confronts Wonder Girl about fighting the wrong villain and battling Thora, who tells him she doesn’t know what’s going on.

The dimension to which Robin, Impulse and Superboy were transferred is like a retelling of the best hits of “Young Justice”. The alternate version of Wonder Girl has no answers for the team, as it remains for them to figure out exactly what is going on around them and why some of their old villains, such as the Mismatched Force, the Mighty Gifted, have returned to take them on. Readers will learn more when the displaced heroes of “Young Justice” learn more about the world they’re in right now, as DC Comics’ “Dark Crisis: Young Justice #1” hits comic book stores and online retailers on Tuesday.

The strange Xbox Series X box has a blue color instead...