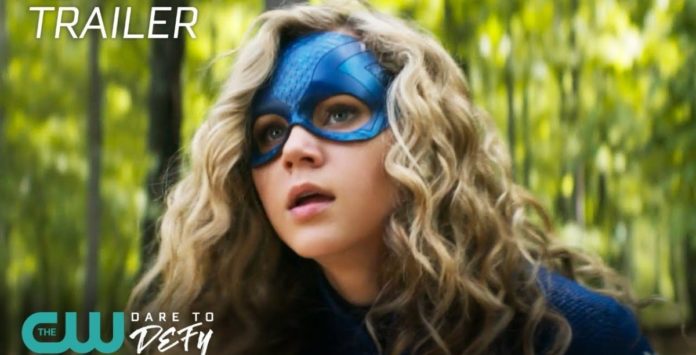 Next month, a fresh trailer came from Stargirl, the new DC series that is preparing to appear to the audience. The trailer, which is about two minutes long, offers a great glimpse of the show, as well as showing us famous members of the Justice Society of America union such as Wildcat and Hourman.

DC, which has created a very rich series of universes with its productions such as Titans, Doom Patrol, Arrow and Flash, is now preparing to add Stargirl to its series. The CW, which owns the broadcast rights of the series, shared a brand new trailer from the highly anticipated spin-off series.

Stargirl, which has created a tremendous expectation in the previous trailers, increases our expectation with this fresh smoke trailer. The trailer, which is about two minutes long, contains many new scenes. Moreover, we also see the famous members of the Justice Society of America, Wildcat and Hourman, of which our hero Courtney Whitmore will be a part.

The trailer specifically offers a much better look at what the costume of Yolanda Montez / Wildcat, portrayed by Yvette Monreal, looks like. The costume, designed by Gina DeDomenico Flanagan and Laura Jean Shannon, seems to have caught the mood in the comics.

Stargirl, whose music was composed by the successful musician Pınar Toprak, who also composed the music of Captain Marvel, will process the fantastic adventures of high school student Courtney Whitmore, who moved to California with her newly married mother. Finding some items belonging to her stepfather who has worked with a superhero in the past, Courtney will have extraordinary powers and embark on an unprecedented adventure.

The DC spin-off, created and written by Geoff Johns, is DC-signed Stars and S.T.R.I.P.E. will be inspired by the comic. Stargirl is also said to have a similar tone to Spider-Man: Homecoming and Buampire the Vampire Slayer.

Stargirl will start at The CW on Tuesday, May 19, just one day after it aired on the DC Universe service on May 18. The series will also be available for free on the channel’s own digital platforms.