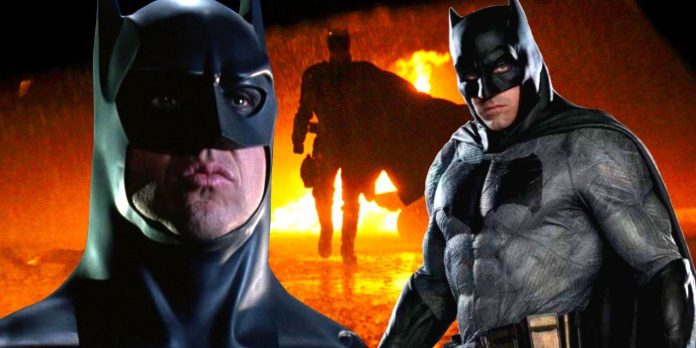 With the launch of a brand new Universe, DC has introduced a brand new Batman. And believe it or not, this combat mechanized Bruce Wayne is even more paranoid than the Zack Snyder and Ben Affleck version of the character.

The action of the DC: Mech alternate universe takes place in the timeline when the Justice Society of America was disbanded after a giant parademon attacked Earth shortly after World War II. In response to this attack, DC heroes began building giant robots, preparing for the invasion of parademons so that they would have a chance to fight off a strange enemy. The Flash has a giant mech, Wonder Woman has a giant mech, and of course Batman has his own war machine.

In DC: Mech #1 by Kenny Porter and Baldemar Rivas, the goal of these giant robots is finally accomplished when three giant parademons invade Earth. Batman and Flash’s Mechs clash as best they can, but one parademon is enough to destroy the JSA, and three are more than enough to destroy them. Fortunately, the heroes are saved when Superman mysteriously arrives on his own giant robot to defeat the creatures. But since this is Superman’s first appearance on Earth, Batman gets tired… and immediately attacks an unknown alien savior.

Batman’s justification for this attack is simple: parademons are aliens. Obviously, if an unknown alien appears out of nowhere, Batman will take him for an enemy and suspect him of evil intent. While it seems very similar to what happens to Bruce Wayne in Batman v Superman (when Ben Affleck’s version of the character increasingly suspects Henry Cavill’s Superman), this mechanized version of Batman takes his paranoia to the extreme.

In the Snyderverse, Batman takes his time watching, studying and analyzing Superman, who is already a recognized hero on the planet. He comes up with a plan to fight the Man of Steel only after careful consideration that his existence and potential risk — even if it contradicts his current intentions — are too great to allow them. But the DC Mech version of Batman doesn’t wait at all, he instantly pounces on the obviously well-intentioned Superman right away… moments after he arrives on Earth and saves them from a trio of parademons, which is even worse.

It just goes to show that even though there are a lot of similarities between different versions of Batman in different stories, some of them are more paranoid than others. In the meantime, DC Mech demonstrates one of the most daring games to date.

Instagram Improves Credit Attribution To Users Tagged In An Image