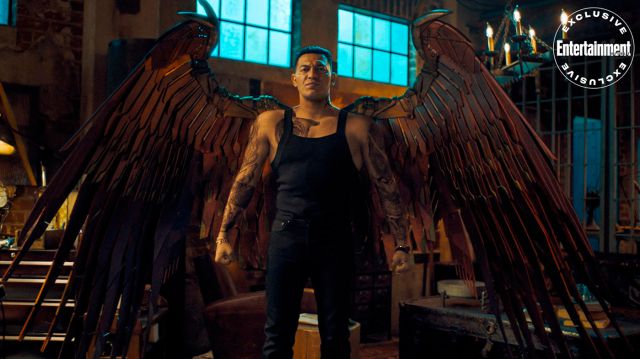 Naomi: The new CW series based on the character of Naomi already has a premiere date and shares new images and a teaser trailer titled Truth. Naomi, The CW’s new superhero series based on the DC comics of the same name, opens next January. That is why its managers are already preparing all the promotional machinery for their arrival on the grid of new series based on DC Comics, this time, with new images and a new teaser trailer called Truth that you can see heading this news. This has been shared by the Entertainment Weekly medium, also offering new details about its plot.

And the most striking thing about these new images of Naomi is the presence of an imposing Thanagarian and his huge wings, who becomes Naomi’s mentor in the series. Let’s remember that Thanagar is a universe related to the Hawkman mythology and that it has previously had a presence in the Arrowverse through DC’s Legends of Tomorrow.

Although those responsible for Naomi point to more cameos from other worlds of the DC universe in the series: “I’m sure that DC fans will be pleasantly surprised by our cosmic cameos. Throughout the season, Naomi’s world expands in a huge way ”, comment her producers.

“It’s about Naomi’s journey to become fully herself. She is not going to become the person she will eventually be right away. We will be with her in these moments of struggle and triumph, and victory as she learns to be a hero ”. In addition, those in charge speak of Superman as a key figure in the development of Naomi, a character that we already saw briefly in the previous preview of the series. Will Tyler Hoechlin’s television Superman appear in the series?

Why do fans think Garcel Beauvais can become the “new leader”...