Home Entertainment DC’s Black Canary To Get His Own HBO Max Movie With Birds... 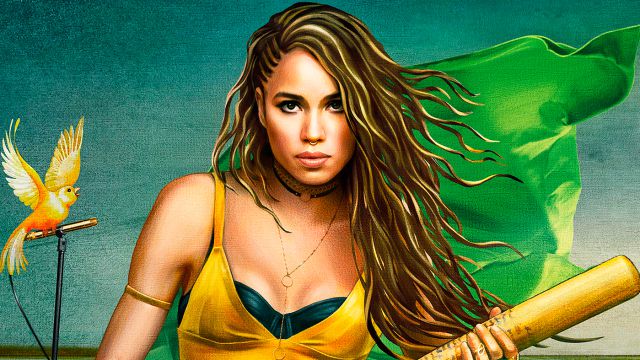 Black Canary: Jurnee Smollett will star in her film after her role in Birds of Prey and will join other DC movies for television such as Batgirl or Blue Beetle.After the lukewarm reception of Birds of Prey in cinemas both at the box office and critics, Warner Bros. will continue betting on this universe with the development of a new film focused on Black Canary or Black Canary exclusively for HBO Max. This is how the Collider medium collects it through a publication to which the actress Jurnee Smollett (True Blood, Birds of Prey, Lovecraft Country) has reacted on social networks assuring that she is very excited about this new film project. Thus, after the rumors that placed Black Canary as an individual film, a DC film has finally been made official that will join others already announced for the same platform such as Batgirl, Blue Beetle or Zatana.

Thus, media such as The Hollywood Reporter or Collider have shared the official announcement of the return of actress Jurnee Smollett as Dinah Laurel Lance / Black Canary for her own solo film after her debut in Birds of Prey. In addition, she will cross her path again with Misha Green, creator of the HBO series Lovecraft Country, who will write the script, although for now it has not transpired who will direct this new film.

Jurnee Smollett herself has reacted on Twitter to the news of her, celebrating her new professional relationship with Misha Green: “I guess the canary is out of the cage! I am very excited to finally embark on this adventure with my creative soul Misha Green, ”the actress wrote.

Remember that at the end of Birds of Prey, Dinah was part of a new team of superheroines with Huntress (Mary Elizabeth Winstead) and Renee Montoya (Rosie Pérez), although it has not been specified if the film will resume the end of that story with the same actresses or bet on an independent plot. There is also no approximate release date.

Free Fire Max Will Be Open Pre-Registration On The 29th of...