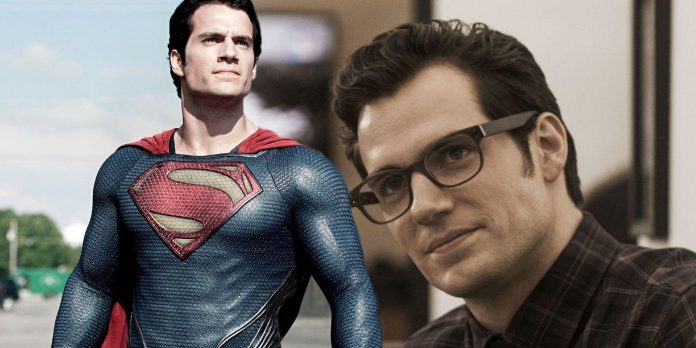 Though the future of Henry Cavill’s Superman remains largely unknown, the DCEU can’t afford to recast the character—although it does need to make significant changes in order to fix its worst mistakes. The DCEU got its start in 2013 with Man of Steel, and though Superman is the franchise’s founding hero, his place within the universe is something of a point of contention. Although Superman himself is perhaps the most iconic figure in all of pop culture and the undeniable epitome of the modern superhero, the way that the DCEU has handled the character so far has been nothing short of disastrous.

Though the DCEU’s version of Superman has so far proved divisive, the fault certainly doesn’t lie with the actor. Henry Cavill’s Superman may not have been handled very well within the DCEU, but the actor’s ability to embody the character isn’t in question. In fact, Cavill’s turn as Superman is broadly praised and almost universally enjoyed, in spite of the fact that the DCEU has repeatedly wasted his potential. After Man of Steel, Cavill reprised the role in Batman v Superman: Dawn of Justice and Justice League, and the door is seemingly open for his return, even though his future in the franchise looks relatively uncertain.

Related: Superman Is The Reason The DCEU Can’t Beat Marvel

Despite talk of Warner Bros potentially recasting Superman for the DCEU or replacing the character entirely, this would be a major mistake. Henry Cavill’s potential in the role is far too great to continue to be wasted, and discarding his version of the character would perhaps be the biggest DCEU mistake Warner Bros could make. Instead, readjusting their approach to the character’s tone and his stories within the franchise could fix the DCEU’s issues, and keeping Henry Cavill in the role would be a vital part of this redemption.

Henry Cavill’s Superman Is Too Important In The DCEU

Defending the DCEU is something of a difficult task, simply because the franchise is so incredibly divisive. One inarguable point in the DCEU’s favor, though, is the way that it has managed to make Superman a central character within its world, because he’s such an important hero—both culturally and in terms of his in-universe power level—that doing anything else simply wouldn’t have worked. Superman’s importance to the DCEU reflects his real-life cultural relevance, and that’s not something that should be lost.

Superman’s importance to the franchise may stem from an inherent part of the character, but the controversial Batman v Superman doubled down on it by having Superman be the reason for Batman’s early formation of the Justice League. Were it not for Superman and the Kryptonian threat in Man of Steel, Bruce Wayne wouldn’t have sought out other heroes, and therefore the DCEU wouldn’t exist in the same way. By having Superman’s story so tied up with the very fabric of the DCEU, dropping Cavill’s Superman would be a terrible creative decision—especially as his story is far from over after his role in Justice League.

A New Superman Would Only Make The DCEU’s Problems Worse

As Henry Cavill’s Superman has been so pivotal to the DCEU’s story so far, replacing him by introducing a new Superman would only complicate matters. Casting a new Superman for the DCEU would be a thankless task not just because Cavill’s performance has been generally well-received, but also because it would leave significant plot holes or cause messy continuity issues. Perhaps the most natural way to do so would be to make use of The Flash’s multiverse story to bring an alternate Superman into the franchise (much like it will do with Batman), but this wouldn’t fix the DCEU’s problems.

Related: Why Henry Cavill’s DCEU Superman Never Had A Fortress of Solitude

So far, the DCEU’s biggest issue has been a lack of consistency. Its often-criticized overly dark and gritty tone has been occasionally dropped in favor of more light-hearted fare, and even though The Suicide Squad, Shazam, and Peacemaker have all been better received as a result, it’s led to the general tone varying wildly between installments. Fixing Superman’s movie problem is something that the DCEU needs to work towards by correcting the tone of its current version rather than simply reinventing or reintroducing a new version of Superman, because simply putting a new actor in Cavill’s place wouldn’t resolve the tonal issues that continue to plague the franchise.

Cavill Himself Is The Solution To The DCEU’s Superman Problems

The most significant way that the DCEU has created a problem with its Superman is largely in the way the character has been approached. Though the emphasis on his extraterrestrial origins have provided a fresh take on his story, they have also created a tonal problem that has marred Superman’s every appearance in the DCEU. As Man of Steel got Superman all wrong, the character was then difficult to redeem in subsequent appearances, as too much emphasis was placed on the darker and grittier side of the character so early in his narrative arc.

Though the dark, brooding nature of the DCEU’s Superman may be a problem, the solution lies with the very actor portraying him. Henry Cavill himself demonstrates many of the qualities that Superman should possess: humility, compassion, and strength. Perhaps most importantly, Cavill is well-known for his charm and his willingness to study the source material of his characters, meaning that by both listening to his input and making Superman a little more like Cavill himself, the DCEU’s problem of injecting needless angst into certain stories and characters would become a thing of the past.

Ultimately, saving the DCEU after Man of Steel’s missteps in representing Superman’s origins goes far deeper than simply changing the character or its actor. Though correcting its approach to the character is a must if the DCEU is going to secure any lasting success, the Man of Tomorrow is simply one example of a far greater issue: the ideas behind the wider franchise have so far seemed incredibly confused. It’s the combination of a great many finer points that have led to this overall inconsistency, and that’s something that needs to be adjusted moving forward.

Fixing the issues with Superman is key, but keeping Cavill in the role is essential if the DCEU is to overcome its problems. Though the DCEU’s faceless Superman cameos have raised doubts about Henry Cavill’s continued involvement in the franchise, he has already proven that he is the perfect actor to play Superman. It’s the smaller details and behind-the-scenes issues that have undermined his potential thus far, and fixing those problematic components of Superman‘s character would only work properly if Henry Cavill resumes his role in the DCEU.