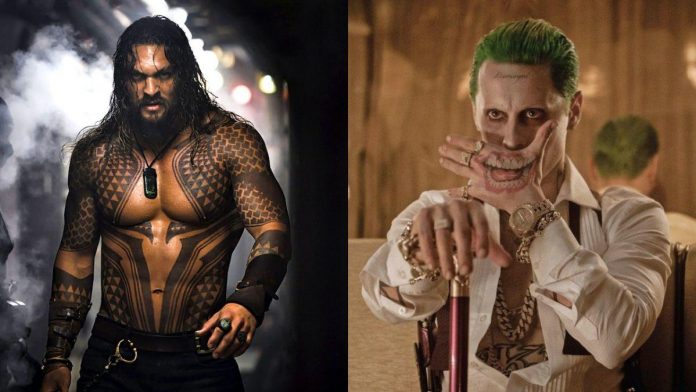 Although Jason Momoa and Jared Leto are connected through the DC Extended Universe, their respective characters, Aquaman and the Joker, have never crossed paths. However, in real life, the actors seem to be well acquainted with each other. Momoa and Leto recently vacationed together, and obviously they had a great time together.

Jared Leto shared a photo of himself with Jason Momoa and rock climber Chris Sharma somewhere in Majorca, the largest of the Balearic Islands, which are located in the Mediterranean Sea east of Spain. Why do I say they had a great time together? Well, Momoa bluntly said he “had a great time, bro” in the comments.

It is unclear exactly when the three were together, but it is worth noting that at the end of June Jason Momoa went to Lisbon, Portugal, to attend the UN Ocean Conference 2022, where he received the baton of nature from the UN Secretary-General’s Special Envoy for the Ocean. Since Portugal is adjacent to Spain and thus not much further from Majorca, Momoa would be easy enough to get there after the conference. Regardless of whether his meeting with Jared Leto and Chris Sharma was agreed in advance or not, this trio made a splash, so maybe the time will come when they will travel together again.

As for the fact that Jason Momoa’s Aquaman and Jared Leto’s Joker will ever come face to face in DC movies, it seems unlikely. Although both of them appeared in Zack Snyder’s Justice League, they didn’t have any screen time in common, as the Joker only appeared in the episode “Nightmer” at the end, and Aquaman had already been killed by Darkseid in this apocalypse (or, I should say, Apokoliptic) future. While Momoa will reprise Arthur Curry next year for Aquaman and the Lost Kingdom, there’s been no word on whether we’ll ever see the Joker Leto again. Between Barry Keoghan appearing as the proto-Joker in the Batman continuity and Joaquin Phoenix preparing to reprise Arthur Fleck in the Joker sequel, we’re well covered by Batman’s nemesis in the cinematic realm.

Outside of the DCEU, Jared Leto left his mark in another corner of the superhero genre by playing Morbius in Sony’s Spider-Man universe. The actor also recently starred alongside Anne Hathaway in the mini-series WeCrashed, which is available to Apple TV+ subscribers. Meanwhile, with Jason Momoa last fall, he played Duncan Idaho in “Dune,” and he will soon return as Baba Voss in the latest season of the Apple TV+ series “See.” Momoa will also appear next year in Fast and Furious X, the penultimate installment of the main Fast and Furious movie series, as a villain whose identity has yet to be established.

Those of you who are looking forward to the return of Jason Momoa as Aquaman will want to celebrate March 17, 2023 in your calendars, because that’s when Aquaman and the Lost Kingdom will finally appear in the list of movie releases of 2023. To find out more news about what Momoa and Jared Leto are doing in their professional and personal lives, follow the updates on CinemaBlend.

Avowed Will Feature Mechanics Inspired By Skyrim And The Outer Worlds