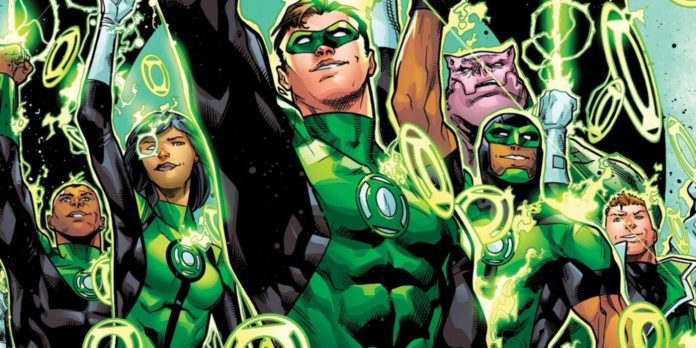 The Green Lantern Corps has just lost one of its most important members as Hal Jordan was “killed” in a battle against Pariah and the Great Darkness. In “Dark Crisis on Infinite Earths #3” from DC Comics, the Green Lanterns try to stop a supervillain trying to manipulate reality and the Multiverse on his own whim. However, Jordan’s valiant efforts to stop the Pariah end with the hero disintegrating as he is sent to an alternate reality.

Hal Jordan is one of the few surviving heroes of the classic Justice League after the team was destroyed in a battle against Pariah and his Dark Army. Superman, Wonder Woman, Batman and Jon Stewart’s Green Lantern were among those seemingly killed in the epic battle between good and evil. However, it has recently been revealed that the death of the heroes is not what it seems, as the Pariah has secretly transported them to worlds created by himself, where he drains their powers, trying to rule and reconstruct the Multiverse.

In “Dark Crisis on Infinite Earths” #3 by Joshua Williamson, Daniel Sampere, Daniel Henriques, Alejandro Sanchez, Danny Miki and Tom Napolitano from DC Comics, the Green Lantern Corps discovers that the Pariah has dead Justice League heroes in alternate worlds hiding inside the Black Lantern. Hal Jordan tries to defeat the villain by sending Justice League constructs at him while he tries to free the heroes stuck in the dark worlds. However, when Hal grabs onto the world while holding Jon Stewart, a tremendous force causes his body to disintegrate as the hero apparently dies trying to free his friend and Green Lantern teammate.

The death of Hal Jordan is not what it seems, since the body of the Green Lantern hero could have collapsed in the real world, but in fact his being was transferred to the world of Pariah for Jon Stewart. Jordan wakes up in a bizarre reality where the Red Hood is a Green Lantern, and they call this place the John Stewart Sector. Like his fellow “dead” heroes of the Justice League, Jordan is now trapped in a world created by a Pariah.

Regardless of whether Hal Jordan is actually dead, the sight of a hero being taken off the board and turned to dust after touching the world of Green Lanterns of Pariah shows the power that the greatest heroes of the universe have faced. The Rogue and the Great Darkness can create different alternate worlds to hide the heroes, and drain their powers to change the Multiverse. Who knows what else he can do? How the heroes will stop this remains to be seen, but for now they’ll have to do it with one less hero, as Hal Jordan’s Green Lantern becomes the villain’s latest victim.

Watch Sylvester Stallone train for the Rocky Balboa scene in a...