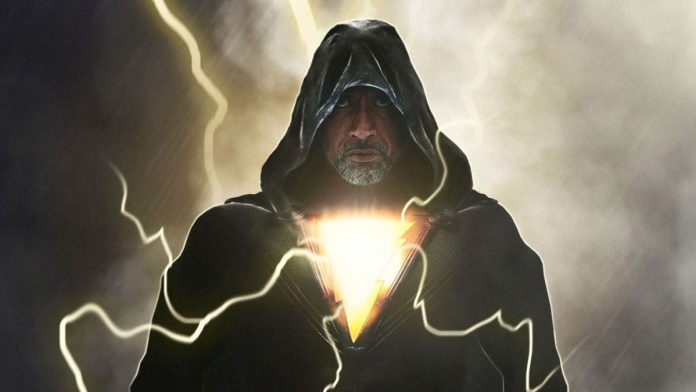 DC Fandome 2021: The villain film Black Adam will be released in summer 2022, with Dwayne Johnson in the title role and Catalan director Jaume Collet-Serra. After some brief previews in the form of small images, we can finally get a glimpse of Dwayne “The Rock” Johnson dressed in the suit of Black Adam, the villain whose film is in progress and of which the DC Fandome 2021 held yesterday left us a good handful of details. Among them are not only clearer glimpses of its protagonist, but also the final release date, which will be in the summer of 2022.

With the direction of the Catalan Jaume Collet-Serra, Black Adam will hit theaters around the world on July 29, 2022, specifically. One of the cast members, Pierce Brosnan, has said that “after having made James Bond for 10 years, with four films, nothing compares to this,” says the Irish-born actor who will fill the role of Dr. Destiny.

“He’s brutal, uncompromising, encouraged by the depth of his pain,” says of Black Adam Aldis Hodge, who will play Hawkman. On his part, Johnson, present at this DC Fandome as previously announced, has ensured that the film is in the post-production phase, preparing for the premiere in about 9 months.

Other novelties that we have been able to enjoy in this DC Fandome 2021 also have to do with video games, since we could see new trailers of two of the games starring some of the DC Comics characters. These are Gotham Knights, in charge of Warner Bros Montreal (Batman Arkham Origins), and that will continue directly with the events that occurred in Batman Arkham Knight. Meanwhile, having left behind this fantastic saga of the Dark Knight created by themselves, the British of Rocksteady are now embroiled in Suicide Squad: Kill the Justice League. Both games remain with no confirmed release date at the moment.

Minecraft Event Turns the Game into a Purge