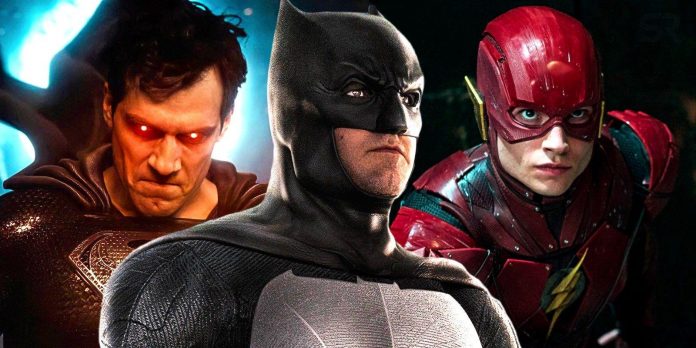 The future of the DC extended universe has turned into a disaster, leaving viewers with a number of serious questions that Warner Bros. must now answer. It’s never been smooth sailing for the DCEU. The launch of the shared universe in 2013 with the movie “Man of Steel” was supposed to be the beginning of Zack Snyder’s plan, consisting of five films. These plans were hastily expanded into a Warner Bros. request to give them a better chance to compete with the Marvel cinematic universe from Disney and Marvel Studios. No matter what new directions the DCEU has gone in since then, the WB can’t stop creating problems or getting stuck in another dispute.

The year 2022 is a perfect example of what a roller coaster can be after the DCEU. This year, Matt Reeves’ Batman debuted in theaters and became a huge hit, securing Robert Pattinson an excellent new Batman who does not exist in the mainstream universe. James Gunn also surprised everyone with his study of John Cena’s “Peacemaker” on HBO Max, in which there were unexpected episodes from the Justice League. However, “The Flash” was marred by controversy over Ezra Miller and Aquaman, and “The Lost Kingdom” got caught up in the Amber Heard/Johnny Depp trial storm. Many were also disappointed by the lack of DCEU announcements (and the appearance of Henry Cavill) at Comic-Con in San Diego, followed by the shocking cancellation of “Batgirl,” a $90 million origin movie that was almost ready.

Viewers’ frustration with the DCEU is understandable, especially given that it’s been almost a decade of films without a single vision for the future. The latest complications are related to the Warner Bros. merger. Discovery, which gave CEO David Zaslav the freedom to develop the franchise and its DC characters in any direction he sees fit. There are still a few safe bets with the DCEU, such as the release of “Black Adam” in theaters later this year, but even “Shazam: Fury of the Gods” and “Aquaman 2” may now be delayed again. But otherwise, the main issues overshadow the DCEU.

One of the biggest questions the WB has to answer is who is Batman in the DCEU. Zack Snyder introduced Ben Affleck’s Batman in Batman v Superman: Dawn of Justice and returned to Suicide Squad and Justice League. However, Matt Reeves has relaunched The Dark Knight with Robert Pattinson as Bruce Wayne in Batman, which is not in the DCEU. The studio also convinced Michael Keaton to return as Batman for The Flash, which was expected to change the continuity of the DCEU and make Keaton the main Batman of the universe. That’s why Keaton was supposed to appear in “Batgirl” and even starred in a cameo role in “Aquaman and the Lost Kingdom,” although Affleck has since replaced him. The confusion over who will be Batman in the DCEU should be resolved relatively quickly. Robert Pattinson’s version is expected to remain isolated from the rest of the shared universe, meaning the WB has to figure out if Affleck or Keaton are ready to play Batman for the foreseeable future. If not, then maybe it’s time for another Batman makeover.

What’s going on with Superman?

The future of Superman in the DCEU is a question that has haunted the WB for many years. Henry Cavill’s version of Man of Steel caused controversy under Zack Snyder, but support for his return was thunderous. That didn’t make the WB act any faster to bring him back, partly due to reports of contract disputes between the studio and Cavill about Superman’s future. This led to the appearance of faceless Superman cameos in Shazam! and a Peacemaker. Instead of filming Man of Steel 2, the latest news about Superman’s future was about Michael B.’s hopes. Jordan is working on a series about Val-Zod on HBO Max and J.J. Abrams is working on a film about the reboot of Superman, in which a black man will play a cult hero. Rumors continue to circulate that Cavill may return, but WB’s lack of clarity regarding Superman’s future in the DCEU has left the franchise without one of its most notable characters.

Can the Justice League return?

The WB also has to answer questions related to the future of the DCEU Justice League. Viewers saw Batman (Ben Affleck), Superman (Henry Cavill), Wonder Woman (Gal Gadot), Aquaman (Jason Momoa), Flash (Ezra Miller) and Cyborg (Ray Fisher) teamed up for the first time in 2017. “Justice League” and the aftermath of Joss Whedon’s reshoots after Zack Snyder’s departure put the film and the team in a strange position. There was no movement in the sequel, which is understandable because many of the main characters have an uncertain future. In addition to what has already been mentioned about Batman and Superman, Ray Fisher is expected to no longer play Cyborg due to his experience in Justice League. However, if the DCEU is ever going to turn things around, it’s imperative to figure out a way to form a new Justice League team, even if Wonder Woman and Aquaman are the only ones left.