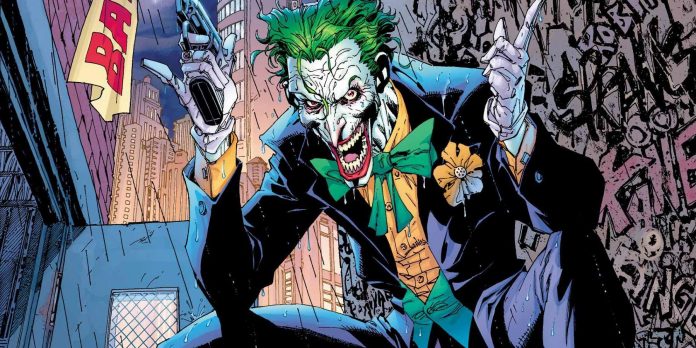 After years of dancing around giving the Joker any really definite origin, a recent comic in an ongoing series casually mentioned that origin to fans along with the Joker’s original name. The importance of the origin of comics has always been important to their characters, but the Joker is really a special case.

The Joker is one of the rare characters that actually exists not by itself, but rather as a background for another specific character, namely Batman. Given how terrifying he is in almost every aspect, the Joker has never needed a backstory to work with, as knowing more would just lessen the horror.

That’s why the Joker’s backstory remains vague and hazy, with many options for who he really is. According to the Joker himself in “Killer Joke,” one of the most important Joker stories ever written, he likes to keep his backstory as “multiple choice.” The latest release of Flashpoint Beyond may have put an end to all this, as it was confirmed that the name of the Joker, a rival of one of DC’s most manipulative heroes, is Jack Oswald White.

It is certainly a name, and its origin comes from several places. Jack was the name of the original Joker personality in Tim Burton’s Batman, and it has been used for other incarnations of the character over the years. To be clear, this particular story deals with multiple realities (or Lands), so there are multiple Jokers. However, it is specifically stated that this character is from Earth-0, the original reality of the DC universe and the originals of all their heroes. So despite some brilliant DC continuity retcons involving the Joker, this last one seems to firmly place him as a single person named Jack.

As for the actual backstory of Jack Oswald White, it pretty closely corresponds to what many consider to be a very likely origin. Jack was a loser comedian who was dealt too many blows by the world, which eventually drove him crazy. It’s not that far from the 2019 Joker movie, and as “Joker 2” gets a release date, that origin will become more prominent.

Ultimately, this information probably won’t change too much who the Joker is in most stories, which is probably a good thing. The Joker often performs best when he directly confronts Batman, so the absence of the Joker in Gotham Knights is probably for the best.

How the Composer of Elvis Made Austin Butler Sound Like an...