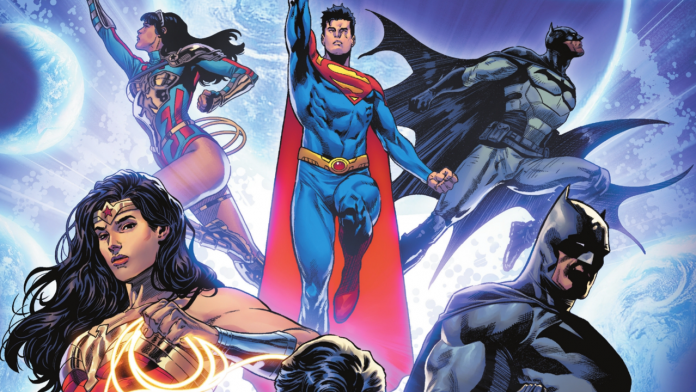 Things have been looking pretty bleak in the DC universe lately, as all but one member of the Justice League was wiped out by a Pariah in the recent Justice League #75. But there is a glimmer of hope when DC launches its massive crossover Dark Crisis. The first issue introduces a brand new incarnation of the Justice League to fill the void left by the old one.

As a crisis event in DCU, Dark Crisis tells about the consequences of the destruction of the Justice League and the Pariah’s attempt to destroy reality and restore the multiverse as it existed before the original Crisis on Infinite Earths. Of the many heroes who confronted Pariah and his team of brainwashed villains in Justice League #75, only Black Adam survived. In the absence of Kal-El, Bruce Wayne, Diana of Themyscira, Barry Allen and other senior DCU statesmen, the new Superman John Kent is forced to take on the heavy burden of his father.

John loses some time after the collective funeral of the Justice League before trying to create a new Justice League. Surprisingly, however, there is no Wonder Woman, Batman, Flash or Green Lantern on this new list. The new wonder girl Yara Flor makes it clear that she already has a lot to do. And as for Luke Fox, the new Batman from New York? He considers joining with other heroes to be a mistake, because of which Bruce Wayne was killed.

In the end, John gathers a surprisingly diverse group of heroes, which includes both recognized veterans and young newcomers. And if the new League can’t have Batman, at least it has Robin and Harley Quinn.

The art of Daniel Sampere. (Image provided by DC)

For those keeping score, the new Justice League list includes:

Perhaps this is the most unusual composition of the Justice League since the classic series “International Justice League” of the late 80s (which, by the way, also featured Blue Beetle and Booster Gold).

However, it quickly becomes clear that this new team has a lot of work to do. While the Pariah himself continues to plot to rewrite reality, Detstroke is waging an all-out war against any heroes who are still reckless enough to put on their costumes after the defeat of the Justice League. Issue #1 ends with Detstroke’s army launching an attack on the Titans Tower, and Deathstroke himself executes the audacious Beast Boy. It seems Justice League #75 was just the beginning of a very bloody year in the DC universe.

What do you think about the new composition of the Justice League? Is Harley Quinn made for the biggest super team? Let us know your thoughts in the comments below.

Elsewhere in DCU, the upcoming Batman comic will showcase “the scariest Riddler of all time,” and Joker artist Lee Bermejo returns to Gotham City in the graphic novel “Batman: Dear Detective.”