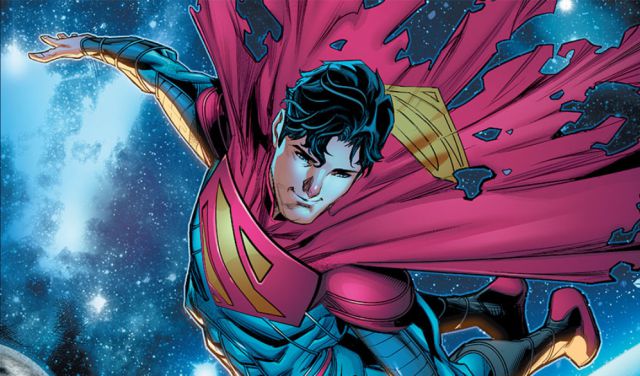 DC Comics: Taking advantage of the international day to come out of the closet, the editor has confirmed the new identity of the superhero in Superman: Son of Kai-El. Superman: Son of Kai-El, the next volume of the graphic novel by DC Comics, has confirmed that Jonathan Kent, heir to Superman’s title and son of Lois Lane and Clark Kent, will show the world his bisexual status and maintain a romantic love affair with Jay Nakamura, a young reporter. Although the premiere of this new installment will take place next November, the company wanted to announce the news on the occasion of Coming Out Day, or what is the same: the international day to come out of the closet, celebrated yesterday October 11 and

In an interview with BBC News, saga writer Tom Taylor reflected on the moment he learned that he would take over the superhero for the first time, wondering “what today’s Superman would have to be like.” Taylor had in mind the new sexual identity of the character, and assures that even before raising it, DC Comics itself “was already evaluating that possibility.”

A decision made at the ideal time

Taylor has valued that the scenario we live in the present has been very favorable to announce such a decision, since he believes that “things have changed” very positively and that “ten or five years ago” would have been something more complicated to carry out . He also highlighted the good reception from fans, beyond exposing —and in turn, diminishing prominence— to “the“ trolls ”that inhabit social networks:“ we have seen people burst into tears after hearing the news, since they affirm that they had never thought that one day they could feel identified with Superman, the most powerful superhero, “he says.

Superman: Son of Kai-El will be available next November.

Naughty Dog Members Talk About Their Favorite Games of 2021

Cheri Zampino says Jada Pinkett-Smith has always been “amazing” to her...