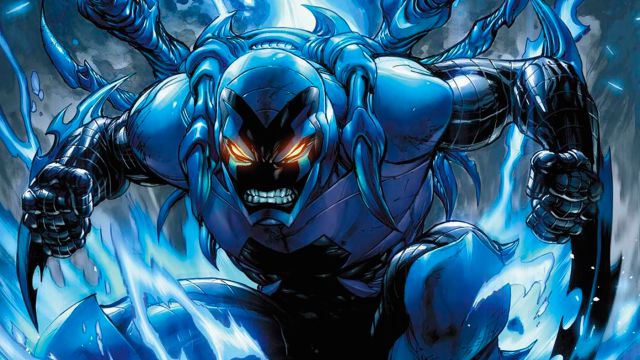 After several rumors about the possibility of making a film dedicated to the superhero Blue Beetle, it is finally a reality. So much so, that Puerto Rican director Ángel Manuel Soto will be in charge of directing the first film starring a Latin superhero alone for DC and Warner Bros., starting its production at the end of this year 2021 under the production of Zev Foreman.

The adventures of young Jaime Reyes

Thus, the filmmaker responsible for films such as The Farm or The Letter will be in charge of directing this new commitment to Latin cinema at the hands of DC and Warner Bros. under the script of Gareth Dunnet-Alcocer, writer of the Scarface remake. “It is an honor to direct Blue Beetle, the first Latino superhero film for DC. I want to sincerely thank everyone at Warner Bros. and DC for trusting me to bring Jaime Reyes to life. I can’t wait to make history together ”, assured the filmmaker.

The superhero Blue Beetle has had numerous identities since his creation in 1939 for Fox Comics, initially a police officer named Dan Garrett who experimented with laboratory vitamins for superpowers. As early as the 1950s, Charlton Comics gave Garrett another identity, now being an archaeologist who received powers from ancient Egyptian technology. In 1966 another twist was given to the superhero, now as Ted Kord, an athlete and inventor with special abilities.

In the 1980s DC Comics took over the rights to Blue Beetle and was still introduced in the Crisis on Infinite Earths crossover as Ted Kord. Finally, in 2006 the current version of the superhero is introduced with the identity of Jaime Reyes, a teenager from El Paso who acquires the superpowers of the mysterious Blue Beetle, which gives him an exoskeleton along with super strength and super speed.