Home Entertainment DC Admits that the Joker can kill the Justice League Whenever He... 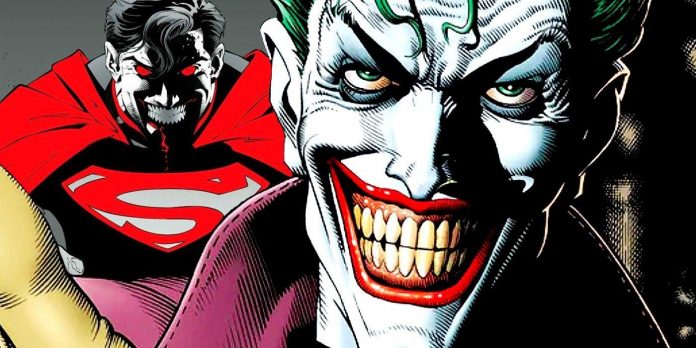 In the vision shown to Superman, the Joker turned out to be the biggest threat to the Justice League, as his signature weapon destroys the team with very little effort. The Joker is keen to keep his plans Gotham-centric, but with one small twist in his famous Joker toxin, he could easily wreak havoc around the world. Even Superman couldn’t stop the Joker if he decided to take care of destroying anything other than Batman.

The Joker has been stalking Batman since 1940, when he first appeared in “Batman #1” by Bill Finger, Bob Kane and Jerry Robinson. Although the supervillain sometimes teams up with other villains outside of Gotham to get the resources he needs, he mostly sticks with Gotham and the larger bat family. His main and most famous weapon is the Joker’s toxin, which causes the victim to burst into riotous laughter before quickly dying. Meanwhile, in modern Metropolis, John Kent’s Superman is currently battling Gamorra President Henry Bendix, who continues to threaten John and his loved ones with his army of mind-controlled post-humans.

Related: The highlight of the Joker’s girlfriend will be in the spotlight in a new series this fall

Joker gas is used by Bendix— in a vision of the future—with deadly consequences in “Superman: Son of Kal-El #13” by Tom Taylor, Nicole Maines, Clayton Henry, Matt Herms, Marcelo Maiolo and Dave Sharp. The newly introduced Dreamer presents Superman with a vision of the impending future, in which Bendix drops a posthuman made of Joker toxin filled with kryptonite onto Gotham. When reinforcements are called, not only countless civilians are killed, but also most of the Justice League and other heroes, including Batman, whom Bendix shoots in the head. The kryptonite in the gas drains Superman and gives Bendix the opportunity to take over.

Despite the fact that the Dreamer presents this vision of the future to Superman in order to prevent it from coming true, these events prove that the Joker’s gas — with some adjustments — can bring even the Justice League to its knees. Major global threats often have cosmic scales (for example, the Great Darkness in the current event Dark Crisis), but here it becomes clear that with a little ingenuity, the Joker can match the biggest threats that the Justice League has faced. This vision also confirms one thing about the Joker: he only cares about Batman. A villain like the Joker could have created such a plan many times, but he is not so much concerned about world domination as about creating chaos for Batman and Gotham.

The Joker might be the most dangerous villain in the entire DC universe, but his single-minded dedication to creating chaos for Batman holds him back to the point that he gets involved with other heroes only to cause trouble for the Dark Knight. But if other, more world—domination—focused villains-like Bendix in this possible future-get their hands on the Joker’s toxin, they can destroy the world as the heroes know it in seconds. Fans now know how The Joker could kill Superman and the entire Justice League if only he could overcome his limited obsession with Batman.