Home Entertainment Days Gone | PC vs PS5 Graphic Comparison; These Are Their Main... 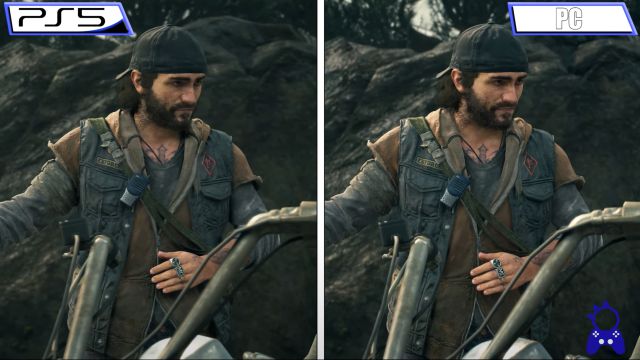 Days Gone: The title arrives on the computer after passing through PlayStation consoles on May 18. This is how it looks on PC compared to the improved version of PS5. Facing.Days Gone arrives on PC on May 18 after originally being published on PS4 and receiving a patch on PS5. The Sony Bend Studio title lands on portals such as Steam with support for ultra-wide monitors (21: 9), compatibility with DualSense, DualShock and other third-party controllers, as well as a mouse and keyboard. From the El Analista de Bits channel we can see a graphical comparison between the computer version and the one optimized on PlayStation 5.

As he explains, after having used an RTX 3080 graphics card and setting the resolution to 4k (2160p), the possibility of increasing the FOV or eliminating chromatic aberration stands out; also the increase in the quality of the textures, especially in the characters. They also improve details such as the sky and the density of stars. As a general rule, it is presented as a superior adaptation to that of Horizon Zero Dawn, which received criticism for its finishes.

Just a few days ago we learned that the PC version of Deacon St. John’s Adventure will not support ray-tracing or DLSS. For those who have doubts or want to see more in-depth material of the title on PC, here you can see an extensive footage with playability at 4K resolution and at 60 frames per second.

Days Gone, available on PS4 and PS5; also in PS Plus Collection

Days Gone was released last 2019 for PS4. Following its arrival on PlayStation 5, Sony updated the title to run at 60 FPS on PlayStation 5. Still, PS Plus owners can access the collection of 20 defining PS4 titles at no additional cost, PS Plus Collection; Among them is Days Gone, upgradeable to enjoy this higher image rate fidelity.

Looking ahead, everything indicates that an eventual sequel is not in production. From Bloomberg they advanced Sony’s plans with Bend Studio, which is immersed in other plans. The departure of its former managers confirms, at least, that the possibility of a Days Gone 2 was on the table.