Home Entertainment Days Gone, how has it changed on PC? Graphical comparison with PS5 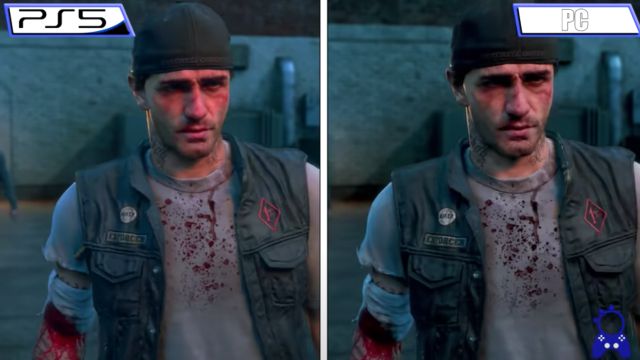 The title of Sony Bend Studio will arrive on the computer in May 2021 after its passage through PlayStation consoles. One of its novelties will be compatibility with 21: 9.
Days Gone will arrive on PC on May 18 with visual improvements and new features. The title of Sony Bend Studio, news in recent days due to the alleged dismissal of Sony before the team’s willingness to work on a sequel, will have compatibility with 21: 9 ultrawide monitors, super-resolution photo mode and higher graphic settings to win in visual fidelity. From the Bits Analyst channel we can see a comparison between the latest PC trailer and materials taken from the game in its PS4 Pro version running on PS5 via backward compatibility (where it moves at 60 FPS).

“Better textures, reflections and environmental occlusion, in addition to a greater drawing distance are some of the notable aspects,” he assures, although we will not have conclusive results until next May, when the video game is marketed on Steam and Epic Games Store . This time the framerate will be unlocked, which will allow that if the power of the equipment is sufficient, very high rates of images per second can be achieved.

Sony hopes that the arrival of Days Gone on PC will allow for more amortization of the production of the video game, originally released in April 2019 on the PlayStation 4 family of consoles. New features such as super-resolution photo mode, new screen customization options and increases in levels of detail, vegetation spawn distance, and graphical customization are some of the purchase incentives for those who want to rediscover or get their first start on Deacon St. John’s adventure in this post-apocalyptic open world.

Days Gone and a possible sequel in Limbo

According to a recent report published by Bloomberg, the departure of John Garvin and Jeff Ross from the studio at the end of 2020 is due to differences between the team at the helm of Days Gone and PlayStation, which referred the members of Bend Studio to work on a new installment of Uncharted and the new multiplayer of Naughty Dog after finishing with Days Gone. They asked to make a sequel, but Sony declined the idea.

It is unknown if the current team members will be able to work on a hypothetical Days Gone 2 in the future and if they continue to work on those two projects. In any case, that sequel came into being, but Metacritic’s scores “are everything” to Sony, Garvin argues when asked, which is also saddened that people didn’t support the title on its release.