Home Entertainment Days Gone Director: The Metacritic Note “Is Everything” To Sony 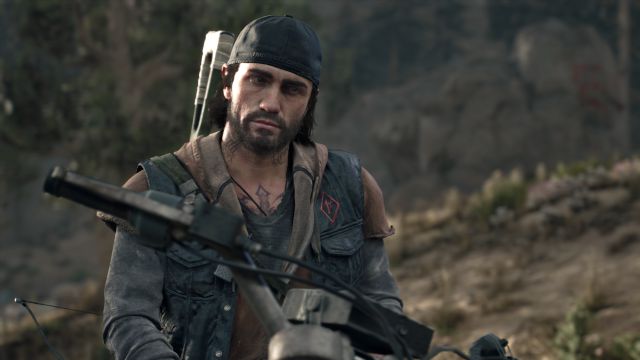 Days Gone: John Garvin, also a writer for the Sony Bend Studio game for PS4, argues that scores are a determining factor for the future.John Garvin, co-director of Days Gone along with Jeff Ross as well as scriptwriter of the SIE Bend Studio video game, has assured in an interview with David Jaffe, creator of God of War, that the scores of the well-known Metacritic note aggregator are decisive Sony’s decisions. The manager, who left the company with Ross last December, took stock of the uncertain future of the license with disappointment: “I took it badly, to be honest […] This is the reality of Sony, the Metacritic score made it difficult. that’s all”.

Days Gone and its 71 out of 100 in Metacritic, insufficient for Sony

Days Gone hit the stores exclusively for PS4 in April 2019 covered by the public both in criticism and in sales, not by the specialized press, whose overall Metacritic rating is 71; well below the standards of AAA productions from PlayStation Studios. Users rate it 8.3 out of 10.

The doubts around ‘Days Gone 2′ and the focus on the PlayStation blockbusters
Recent interviews with the creators of Days Gone are no fluke. A recent Bloomberg report pointed to a future remake of The Last of Us by Naughty Dog earlier this April, while SIE Bend Studio asked to start an eventual Days Gone 2, a sequel to Deacon St. John’s play. . Sony rejected it.

This is how the team was divided in two at the beginning of 2020, with one part working on a new Uncharted installment and another participating in the current Naughty Dog multiplayer project. It was these disagreements that led to the departure of Garvin and Ross at the end of the year.

It is unknown, however, if Days Gone 2 will take place at an unknown time in the future. The departure of those responsible makes them incapable of knowing the future plans of Sony both with the saga and with the SIE Bend Studio itself, which apparently is working on a new video game.

Meanwhile, fans have petitioned on Change.org for such a possible sequel to take place. The petition accumulates more than 42,000 unique supports.

Days Gone, free with PS Plus in April; will be released on PC soon

Days Gone is available on PS4; Backward compatible with improvements on PlayStation 5, where it stands out the possibility of playing in dynamic 4K resolution and at 60 FPS. During this month of April it is one of the free games for PS Plus subscribers; also included in the PS Plus Collection.

Coming to PC soon, just like Horizon Zero Days did last year. Its premiere on computer will take place on Steam and the Epic Games Store this May 18.

ARMY react to BTS’ “Yet to Come” music video teaser