Home Entertainment Days Gone director says “If you love a game, buy it at... 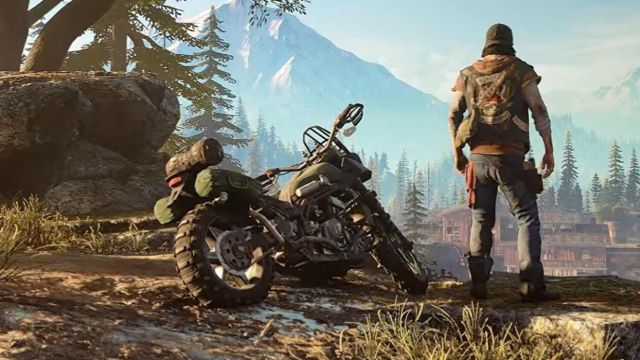 Days Gone: Bend Studio game director John Garvin complains about those calling for a sequel to the title when they didn’t support it upon its release on PS4.John Garvin, writer and creative director of Days Gone along with Jeff Ross for the SIE Bend Studio video game, has expressed his opinion in an interview with David Jaffe, creator of God of War, about the recent information provided by Bloomberg where the refusal of Sony to approve a second part. After the departure of the studio couple at the end of 2020, on the one hand, he argues that Metacritic “is everything” for the Japanese company when making decisions; He also criticizes that fans who now ask for a Days Gone 2 did not support the purchase of the title when it was released at full price back in April 2019.

“I have an opinion on something that your audience may find interesting, and that may also piss off some of them,” Garvin adds. “If you like a game, buy it at its full damn price. I can’t tell you how many times I’ve seen players say ‘yeah, I got it from him on sale, I got it through PS Plus’, whatever.

He goes without saying that companies have a higher profit margin the higher the retail price of the video game in question. If a title costs 60 dollars, the money to be distributed among all the parties involved (store, studio, developer, publisher, distributor …) is higher, they earn more. If it costs you $ 20, that cast decreases accordingly. In his words, the income from Days Gone was insufficient for Sony to value the continuity of the series.

Faced with Garvin’s position, Jaffe replies that how can anyone know if he likes a video game before playing it. Garvin offers his retort: ​​“I’m just saying don’t complain if a game doesn’t have a sequel if it didn’t have support at launch […] It’s like God of War had any number of millions in sales at launch and, you know, Not Days Gone. I speak only for myself as a developer; I don’t work for Sony, I don’t know what the numbers are ”.

And so it is: we do not know the total accumulated sales of Days Gone, which will arrive on PC this May. In 2019 it was the 19th best-selling video game in the United States. What is confirmed is that the studio is working on a new AAA game and that the idea of ​​a possible Days Gone 2 may occur at a time to be determined in the future; no matter how much the company is not for the work now. Apparently, until the end of 2020 at Bend Studio they were participating in Naughty Dog multiplayer and a new Uncharted.

Days Gone is available on PS4; It is also backward compatible with improvements on PlayStation 5, where it stands out the possibility of playing in dynamic 4K resolution and at 60 FPS